Buzz60
Tom Hanks and his wife Rita Wilson have recently recovered from COVID-19 after a long quarantine in Australia. It only makes sense that Hanks would want to do right in this crazy time we’re living in.

He decided to befriend an 8-year-old boy in Australia who has an unfortunately timely name: Corona.

In light of the coronavirus pandemic, Corona DeVries had begun to be teased by people at school, calling him coronavirus or other rude remarks.

After hearing that Tom Hanks had contracted the virus, Corona actually decided to reach out to the actor himself.

The letter began with a deep concern for Hanks and his wife: “I heard on the news you and your wife have caught the coronavirus. Are you ok?” Corona wrote.

He continued to tell Hanks that he was being bullied because of his name, so he understands what it’s like to feel down. He figured Hanks knew the feeling all too well, too, since he couldn’t have not felt at least a little down while he was sick.

Of course, Hanks wasn’t going to leave little Corona hanging. He responded in the sweetest way.

He started the letter out with “Dear Friend Corona,” and continued to tell Corona just how thankful he was for his concern. 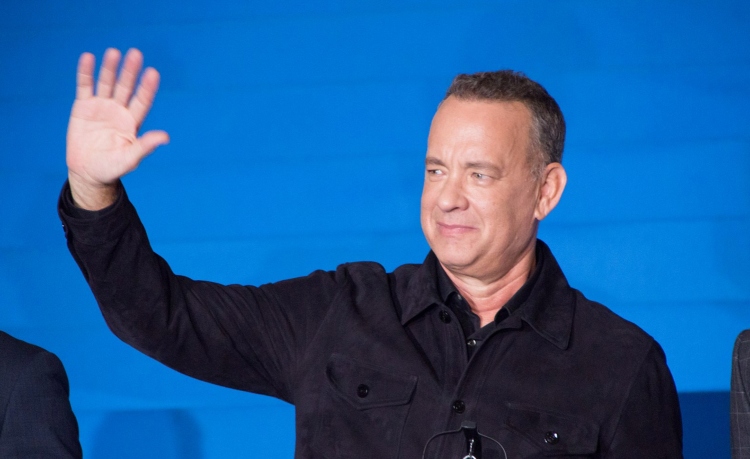 “Your letter made my wife and I feel so wonderful!” he wrote. “Thank you for being such a good friend—friends make their friends feel good when they are down.”

He continued his letter pointing out the positives of the boy’s name, instead of focusing on the silly reason he was being teased for it. “You are the only person I’ve ever known to have the name Corona—like the ring around the sun, a crown,” he wrote.

Hanks even went so far to send Corona a typewriter—one he had posted about while he was quarantining in Australia, as the brand’s name was Corona.

He figured only someone as caring as Corona would deserve a Corona branded typewriter and told him to continue their pen-pal relationship with it. “I thought this typewriter would suit you,” he said. “I had taken it to the Gold Coast, and now, it is back—with you. Ask a grown up how it works. And use it to write me back.”

Hanks ended the letter with, “PS! You got a friend in ME!”, a reference to Toy Story’s theme song, of which Hanks played the voice of Woody in.

Corona’s family said that Corona was excited to have a “new friend in the US.”

Too sweet! To hear more about Hanks’ relationship with Corona, and how Corona is feeling about things now (hint: it’s good!), check out the video below.

How nice was it of Tom Hanks to write back to this little boy being teased?