Steve Irwin’s Family Has Helped Over 90,000 Animals Amid the Australian Bushfire Crisis

Any Steve Irwin fan might acknowledge that he was one of the most knowledgeable wildlife expert that ever lived. “The Crocodile Hunter,” as he was called, had his own TV show and owned his own zoo in Australia. When he died in 2006, he left everything to his family—including his animal-loving spirit, which lives on among his daughter and late wife.

Bindi Irwin, Steve’s 21-year-old daughter, along with Steve’s late wife Terri, who now owns the Australia Zoo Wildlife Hospital, has seen a slew of animals come in for treatment after the recent wildfires hit in Australia. They knew they had to take drastic measures to help the animals that were affected.

Bindi recently took to social media to discuss how she was dealing with the fires.”With so many devastating fires within Australia, my heart breaks for the people and wildlife who have lost so much,” Bindi posted to her Instagram after the fires. “I wanted to let you know that we are SAFE. There are no fires near us @AustraliaZoo or our conservation properties.”

That said, she went on to say in the post the shocking number of animals that the family has seen be admitted to the hospital. 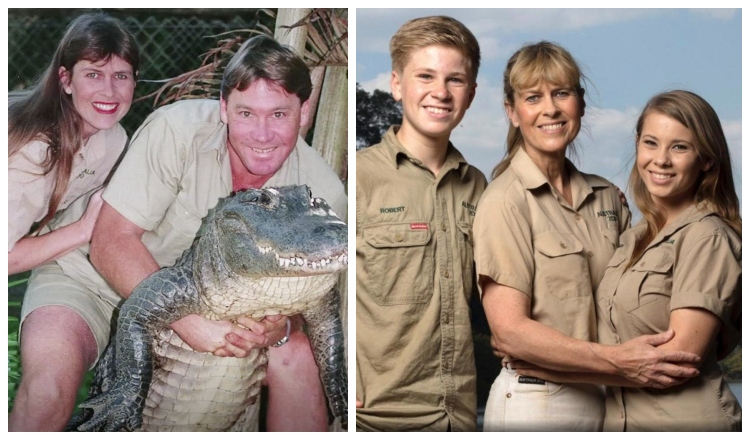 “Our Wildlife Hospital is busier than ever, having officially treated over 90,000 patients,” Bindi wrote.

While that’s a huge amount, that’s just a tiny portion of all the animals that were injured of have died. In total, there have been an estimated 480 million animals that were affected by Australia’s wildfires since September.

“Many of the affected animals are likely to have been killed directly by the fires, with others succumbing later due to the depletion of food and shelter resources and predation from introduced feral cats and red foxes,” the statement says.

Note that the number only includes the number of mammals, birds, and reptiles, but not insects, bats or frogs. “The true loss of animal life is likely to be much higher than 480 million,” the statement clarifies. “NSW’s wildlife is seriously threatened and under increasing pressure from a range of threats, including land clearing, exotic pests, and climate change.”

Obviously the number is quite high, but another reason the figure is so devastating is that Australia is home to over 300 native species. “The continent is uniquely dominated by marsupials and is the only great land mass to contain three major groups of living mammals: marsupials, monotremes (egg-laying platypus and echidna) and placentals,” the statement says. About 244 species, or 81 percent of this distinctive fauna, are found only in Australia.”

With Australia being home for the Irwins, the wildfires hit even more close to, well, home. They will continue to treat as many animals as possible. Irwin said she’s dedicated her life to “stand(ing) up and speak(ing) for those who cannot speak for themselves.” We think her father would be proud!

To learn more about how the Irwins are helping the animals during the wildfires, check out the video below. Were you a fan of Steve Irwin? How do you think he would’ve felt about his family’s efforts to protect the animals in the Australia wildfires?