Instead Of Earning Millions Acting In Hollywood, He’s Saved Over 6,000 Young Girls’ Lives

We know Ashton Kutcher as the funny actor who makes us laugh in movies like Dude Where’s my Car and Just Married. But lately, he’s taken a step back from acting and a step forward towards being an activist for human rights, specifically, his role in the anti-human trafficking effort.

He and his ex-wife Demi Moore have banded together to form an organization called Thorn, with the goal to build technology that can help in keeping children from sexual abuse. According to Thorn, about 75 percent of child sex trafficking survivors said they were “sold” online.

“Basically, the purchase and commerce for human trafficking is happening online, just like everything else now, and so we’re building digital tools to fight back against it,” Ashton says of Thorn.

It started in 2012, when Ashton and Demi saw a documentary that detailed what goes on in terms of sex trafficking in Cambodia. “They describe it as this moment where you learn something about the world that you can’t un-know,” the Thorn website states. “As they started learning more, they realized that it is just as prolific of a problem here in the United States as it is overseas.” 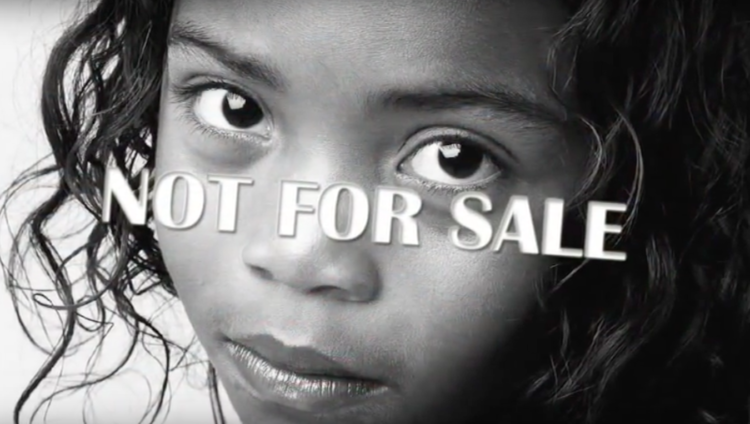 While this is a major accomplishment, and not one that Ashton and Demi take lightly, it only makes them want to do even more good in the world.

“Our next battle, my next commitment…I’m going to make a pledge that I’m going to eliminate child pornography from the internet,” Ashton said.

His desire to help others in need steps from his notion that everyone should have the right to be happy, and it isn’t fair when it’s stripped away from the innocent, especially in such terrible, traumatic ways.

Before Thorn even began, Ashton and Demi launched a social media campaign called “Real Men Don’t Buy Girls” in 2011, featuring a charity fundraiser and a series with famous actors who spoke out against soliciting sex as an unmanly behavior.

To see a photo montage of what that campaign looked like, check out this powerful video below.

We think this is amazing! What do you think of the efforts Ashton and Demi are putting forth?