Woman Shaken Up After Alleged Trafficking Scare at Walmart

Sex trafficking is a very serious and scary thing—especially when it could’ve happened to you in the middle of a department store. One Texas resident Tiffany Toliver recently posted a now-viral Facebook post about her terrifying experience at her local Walmart.

Tiffany explained that she and her cousin were going about their business at the store when she noticed a man began to follow them. She didn’t think too much of it at first, and even made a joke about it to her cousin. But when she noticed another man give the man following them a head nod, that’s when she started to panic.

Tiffany discretely let her cousin know what she thought was going on, and the two attempted to lose him by going to a different part of the store. It worked for a bit, until they got to the checkout line: They noticed one of the men staring right at them.

After checking out, the girls asked one of the workers to help escort them out. That’s when Tiffany said she noticed one of the men mouth to another that they were talking to someone. When the worker noticed the men watching the girls as well, and agreed, the man started to walk directly behind them as they were leaving. 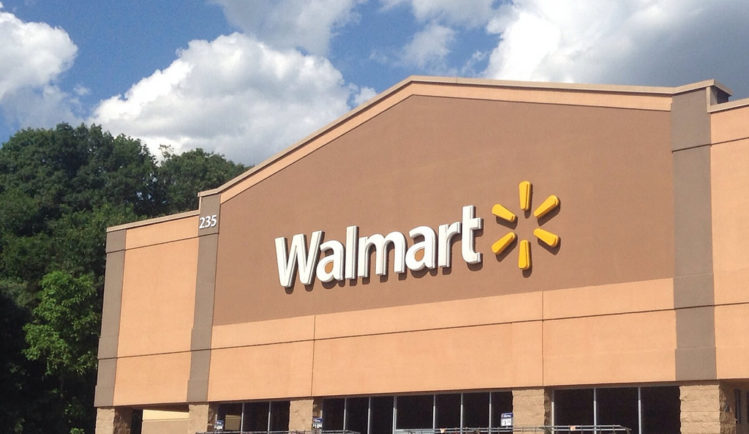 As if this wasn’t enough, when they finally left, an even more shocking event happened: The girls noticed the men were leaving as well in a car that was parked right in the same row as them. The girls were smart in not going directly to their car to go home—of course, they didn’t want these men to know which car was theirs.

They also got the plates of those men, but unfortunately, even after taking it to a detective, he plates came up invalid.

“We have nothing on these guys and they are still out doing this to other women. It needs to stop,” Tiffany wrote in her post. “SEX TRAFFICKING IS REAL AND HAPPENING!! Please everybody watch your surroundings. One tiny change of that night and who knows where me and my cousin could be right now. The Lord was with us that day and gave me that strange feeling about that man for a reason.”

We’re so glad Tiffany and her cousin were smart enough to do what they did and get away, but this can happen to anyone and it’s important to know the facts. Has something like this every happened to you or a loved one before?