When purchasing a stroller, one of the most important things to look into is how safe it is. After all, a stroller is the main way you use to transport your baby around, and, just like any other baby product, safety is vital.

That’s why a company called Britax is getting sued for a defect in some of their double strollers. Sold by under the name BOB, the Consumer Product Safety Commission states there are several models of BOB strollers that contain an unsafe “quick release” front wheel that can detach when in use.

“The design of the strollers allows a consumer to use the stroller without the front wheel being properly secured,” explained the CPSC in a press release.

This is pretty dangerous considering these strollers are made for jogging. There have been many parents jogging with their children in tow that have reported the wheel popping off and the stroller toppling over.

In fact, as of January 2012, there have been around 200 people that have reported that the front wheel has detached on of their stroller, which has resulted in at least 50 children and 47 adults getting injured.

So why hasn’t there been a recall on the strollers? The company said there “is no defect in these products” and that the quick release wheel has a “history stretching back decades—first in bicycles and then in strollers. While we respect the CPSC and its mission, we cannot agree to recall a product that is not defective.” 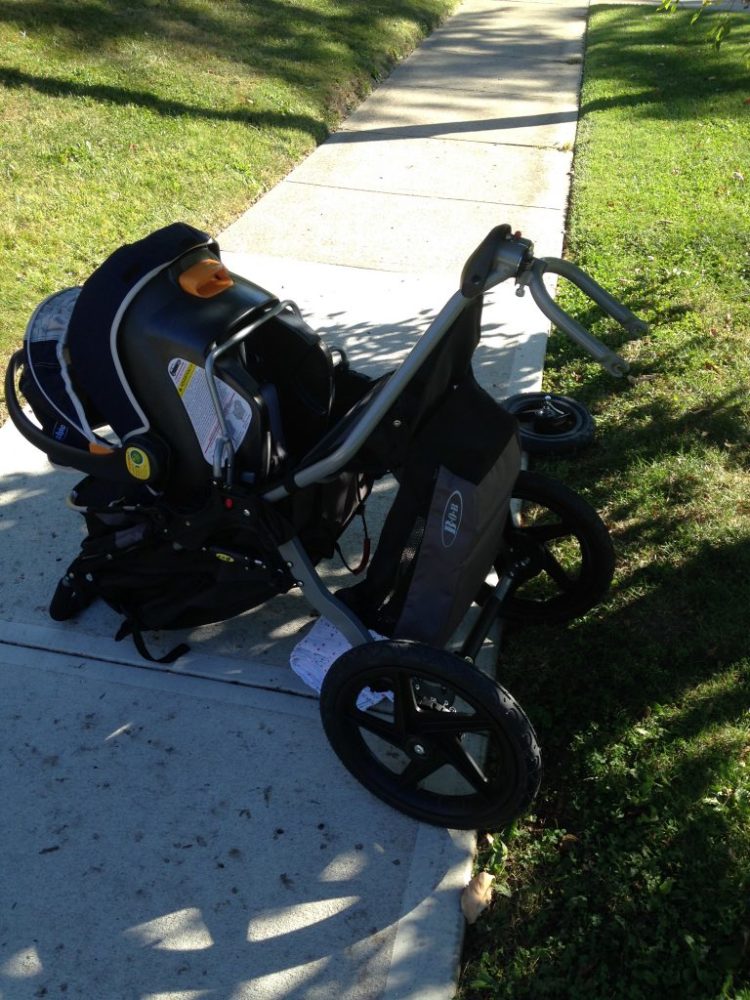 Sarah Tilton, Director of Consumer Advocacy, adds that, “With more than half-a-million products in the market for 20 years, the number of reported injuries is very low. We never want anyone to get injured while using one of our products, which is why we design, engineer, and test them for safety, and provide detailed instructions and warnings in our User Guides and on our website.”

She is referring to the detailed instructions and videos on securing the quick release and locking the front wheel that are available on the BOB gear website as well as in the User Guide for the stroller. There’s also this video on the proper installation and use of the quick release lever.

“We have issued recalls in the past, which shows that we take action when necessary to voluntarily recall a product,” Tilton continued. “Because the front wheel does not detach if the quick release is properly secured, we stand by our jogging strollers and our consumers who have chosen this product.”

Since there’s no formal recall on these models of strollers, you’ll have to make your own educational decision if whether you want to still use yours, if you own one. Personally, we’d advise on not using it.

Do you own one of the affected BOB strollers? What do you think of the company not issuing a recall?