When a couple has been together for years and years, it’s only natural to want to ask them what the secret to a happy marriage is. Director Ron Howard is one of those people.

The 65-year-old has been married to his wife, Cheryl, for 44 years, but they’ve been together even longer. The two are high school sweethearts, meeting as juniors at John Burroughs High School in California.

“I met her, and there was never anybody else,” Howard swoons.

But how can two people be together for so long—and probably not being with anyone else for that matter—and not get sick of each other? Howard says the secret is simple: There is no secret.

That’s right—after 44 years of marriage, he doesn’t have any mysteries to lend us. What he does have, are some pieces of advice that have worked well for him. The modest director just hates to define his marriage as some kind of strategic endeavor—so sweet!

The first tip he has relates to having a good open line of communication. “People say, ‘How’d you do it?’ There’s no technique. There’s no tactic other than communication is really important,” he explains. “You have to learn to communicate and have difficult conversations in constructive ways.” 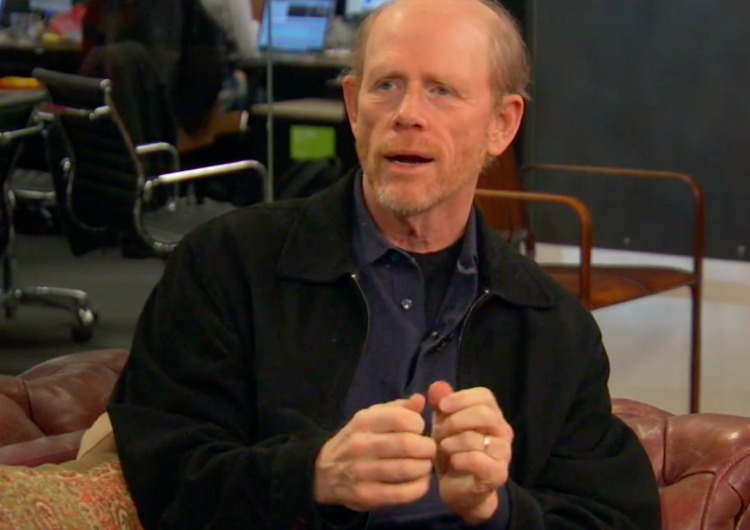 Additionally, he says that some of it honestly has to do with being lucky. “Beyond that, there’s an element of luck because people either grow together or they don’t and I don’t think you can force that,” he says.

Another aspect of a happy marriage: Having support from each other. Howard first began his career as Opie on The Andy Griffith Show when he was just five before going on to play Richie Cunningham on Happy Days in the ’70s. Eventually, he went on to pursue his dream of becoming an Oscar-winning director.

The thing is, he couldn’t have done any of it without the support of his wife. He says Cheryl has been there with him through everything over the years, which has just made their marriage stronger.

“She’s unbelievably supportive and always has been,” Howard says.

Fourth on the list for a long-lasting marriage is making sure you’re compatible; you work well with each other, enjoy each other’s company; and appreciate the same morals and values—all things these lovebirds have with each other. “Our compatibility has endured through all kinds of experiences.”

In more than 40 years of marriage, the couple has four grown children and five grandchildren. We’re sure they know just how lucky they are to have parents who love each other as much as they do, and plan to use some of their guidance in their own relationships.

Lastly, it’s important to be patient with each other. “Her good patience—it’s been a real blessing,” he says.

The statistics for high school sweethearts getting married and lasting so long are surely not on their side, but alas, they’ve survived and thrived more than anyone could’ve ever hoped!

To hear Howard’s thoughts on his long-lasting marriage, check out the video below of an interview he participated in about four years ago.

How sweet are the Howards’ together? Do you know anyone who married their high school sweetheart?