Doctors caution women over 35 about the difficulties they can face if they get pregnant. You may have lived through this anxiety in your own life or can empathize with the level of worry these moms experience.

Now, those anxieties go up a notch when carrying multiples, so you can imagine what it must feel like to be both concerned and excited. When Kimberly Fugate found out she was pregnant with triplets at age 42, it wasn’t news she was expecting to hear.

Kim and Craig were already parents to an 11-year-old girl, Katelyn, and the family did not think another baby would be in their future. According to an essay Fugate shared with Today, she was not really prepared and then wound up having the babies early:

“I was 13 weeks along before I found out I was pregnant, and had the babies at 28 weeks and one day. I didn’t have a whole lot of time to comprehend that I was having more children. Everything happened so fast. Sometimes, I still have to pinch myself and wonder, ‘Am I dreaming or is it real?’”

The funny thing is neither half of this Mississippi couple have twins that run in the family. On top of that, Kim had her tubes tied years before and didn’t believe pregnancy was possible.

As the baby girls came out one by one, she heard the doctor say he saw more feet. There were four identical quadruplets in all! Because they were born prematurely, they were extremely underweight and had a number of health issues. 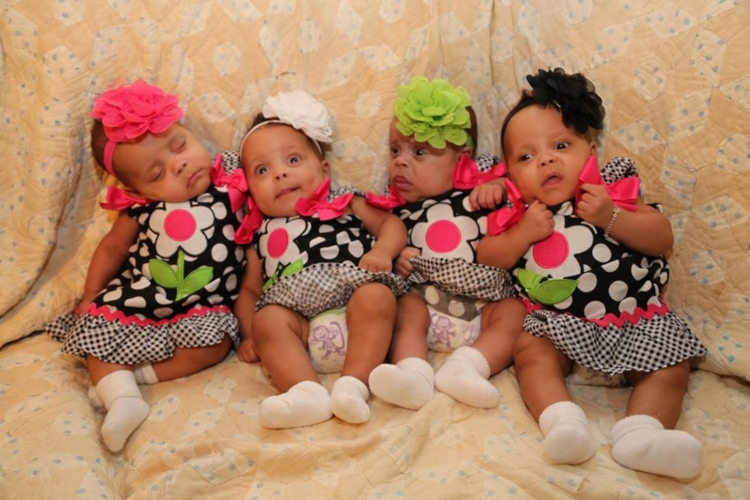 Kayleigh, Kenleigh, Kristen, and Kelsey spent three months in the neonatal intensive care unit and were on ventilators to assist with their breathing. In those early months, things weren’t easy. One of the babies needed eye surgery, two had to be resuscitated at some point, and their little hearts had problems.

The girls were finally able to come home in the summer, where Fugate gets help from her family, including her husband Craig and lots from her 11-year-old. She says she feels very lucky to be their mom, and described them as being happy, babbling babies.

“When they babble, it sounds like they are having a conversation. I put two babies on the couch recently, and one turned and put her arm around the other, like she was hugging her.”

Fugate’s daughters are rare, as there are only about 70 sets of identical quadruplets in the world. Today, the girls are 5 years old and doing well. They even have their own Facebook page! When they were born in 2014, people from all over the world were interested in the unique foursome, keeping up with their milestones and sending them gifts. 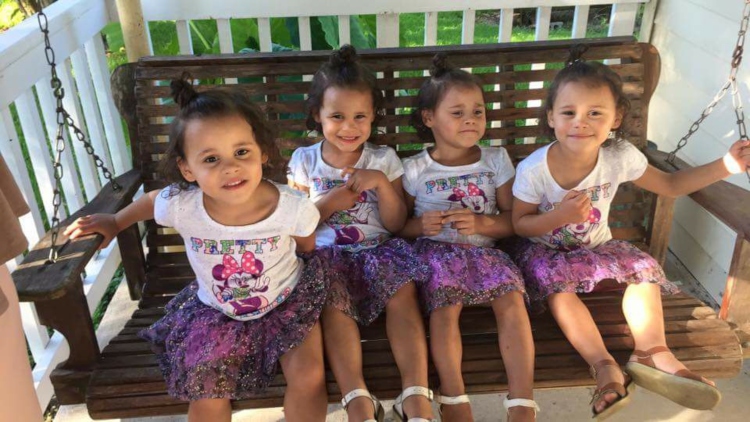 The Fugates have since moved into a bigger home and bought a larger vehicle – a minivan – to accommodate their family of seven. Kim continues to feel blessed that she was able to give birth to these four miracle babies.

What your thoughts on Kim’s pregnancy and delivery  story? Were you already familiar with the Fugate quads? Did you know there was a set of identical quads living in Mississippi?