Why Are Human Breasts So Big? Scientist Reveals Surprising Answer

Kids ask you every question under the sun—why is the sky blue? Why do we open presents on Christmas? What are raisins made out of?

Most of these we can get away with a simple, “I don’t know, because they are,” answer, but sometimes you get a case of cat’s got your tongue. When my little one asked me why the woman walking down the street had such big boobs, I was so taken aback that I actually tried to think of a good answer—and failed.

Obviously, we know that breasts come in all different shapes and sizes—but when you think about it, we humans definitely have the largest ones when compared to our mammal counterparts. Think about it—ever see a bear with boobs? A dog? An elephant? No, of course not. So what gives?

So, we delved deep into the depths of the Internet to find out: What’s the deal with the human boob? The answer is actually pretty interesting.

First, you must understand that the difference between humans and other mammals is that other mammals only develop temporary breasts during ovulation or nursing with the purpose to produce milk. Once they produce and disperse all their milk, the breasts go away too.

Of course, with females, that’s not the case—once you begin to develop breasts during puberty, they just keep getting bigger and they never go away (with the exception of a breast reduction or mastectomy). 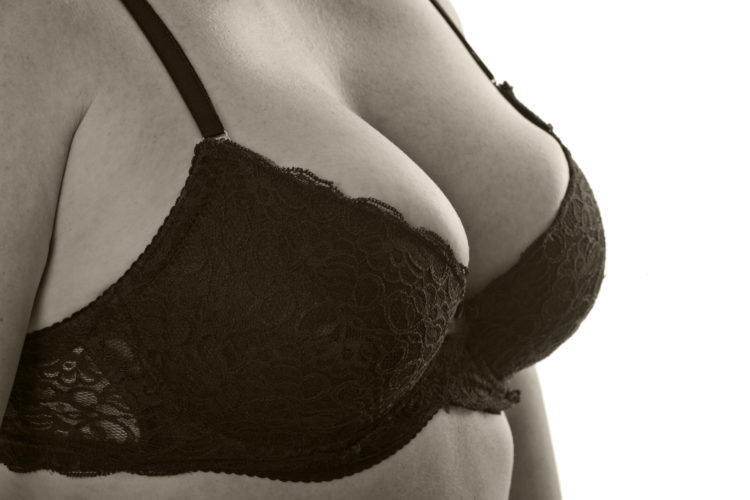 Additionally, if we compare the human breast to that of our female mammal counterparts, ours have much more fat. The fat is what forms the shape and size of the breast tissue, except it’s not temporary like milk when it fills the breasts—the breasts are here to stay.

So the question is, well, why? Why do ours stay and why do other mammals’ disappear? The question was actually posed much before my child came to me with it—in1967, in Desmond Morris’ book, “The Naked Ape.”

Why are human breasts so big?

He suggests because you’re not able to spot sexual organs on humans, once humans fully evolved, males weren’t able to know when a female was mature sexually, and so breasts were formed as a symbol to show that.

Another theory was explored in 1987 biologist Tim Caro. This researcher studied seven different existing theories on the human breast on why this is the case, one of the most intriguing being that having breasts allowed mothers to have their baby nurse on their hip, allowing them to multitask and get more done.

While it’s still unclear why human breasts don’t disappear after giving milk like other female mammals, at least we know what to say now in case our child comes to us with this question again—or, you know, just to keep in your back pocket. The more you know, right?

Have you ever wondered why the human breasts are bigger than other mammals? Are you surprised by the answer?