Whether you know him from Pulp Fiction, The Deer Hunter, or Catch Me if You Can, you know that Christopher Walken can act. But did you know he could dance, too?

Even diehard fans may not know, but Walken actually began his career as a dancer, not an actor. He started dance lessons at the ripe age of just three.

“It was very typical for people—and I mean working-class people—to send their kids to dancing school,” he told Interview Magazine in the past. “You’d learn ballet, tap, acrobatics, usually you’d even learn to sing a song,” he later explained to Interview magazine.

In addition, he was well-versed in different types of dance. He studied everything from tap dance to musicals and beyond. Way back when, he even did a dance with a young Liza Minelli—and she had a lot to say about it.

“I’d been around dancers my whole life, having watched my parents make musicals at MGM, and Chris reminded me of so many of the dancers I knew growing up,” Minelli had said. “He’s talented in every way.” 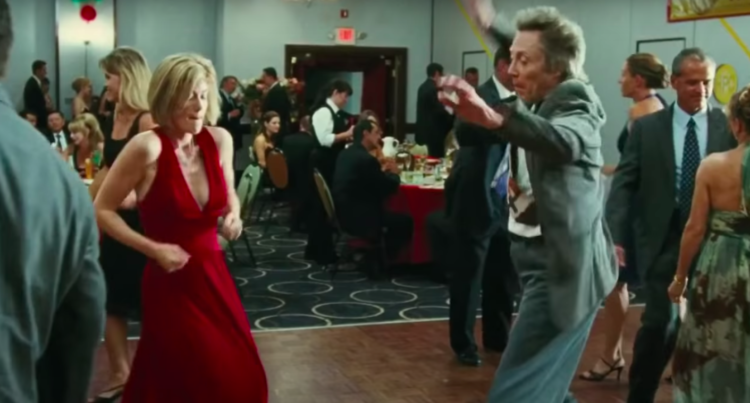 Craig Zadan, Executive Producer of “Peter Pan Live!,” agrees, and thinks that Walken would’ve played more of a role in musicals. “I think that if he had been around in the heyday of MGM, he would have been a big star of musicals on film,” Zaden said.

Well, even if he isn’t known for musicals, Walken still shows off many a dance move in lots of his films. It actually began in 2001 when he made a dance appearance in the Fatboy Slim’s Weapon of Choice music video. He was in his late 50s and figured, “You think, ‘Well, do it now!’ You know, you get too decrepit to dance,” he had told Entertainment Weekly.

Well, he certainly is not too old to dance. In fact, a team member of HuffPo Entertainment put together an almost five-minute clip of Walken dancing in over 50 movies all spliced together.

In each clip, we can see just how much his dance background comes through, busting a different move one after the next, after the next. It’s honestly exactly what the world needs right at this very moment.

To see the awesome collection of clips as a tribute of Walken dancing his heart out, check out the video below.