The Alarming Reason Why Carnival Cruise Ships Could Soon Be Barred from Docking at U.S. Ports

Chances are, if you’ve ever been on a cruise, it was probably on board one of the Carnival Cruise Ships. Carnival is the biggest, most well known international cruise company in the world, with nine cruise brands and 102 ships.

You can go to so many destinations, from the Caribbean to Europe and a ton of places in between. While there are ports that leave from the United States, that might not be the case anymore come a few months.

One federal judge just recently threatened to ban Carnival Cruise Ships, as well as its subsidiaries, from docking their ships at United States ports at a recent court hearing. The reason for the ban is a punishment for allegedly violating a probation agreement.

Court documents state that Carnival has falsified records and dumped plastic garbage in the ocean. That’s not all—apparently they have also illegally discharged gray water into Glacier Bay National Park in Alaska while on probation. On top of these violations, Carnival has also allegedly attempted to lobby the United States Coast Guard behind the scenes to change the terms of the probation settlement.

However, during the court hearing, Carnival deemed environmental responsibility as a top priority for them.

“Our aspiration is to leave the places we touch even better than when we first arrived,” Carnival stated. “This is in the best interest of our guests, our company and the oceans upon which we traveled. It appears there were some mischaracterizations made by others to the court.” 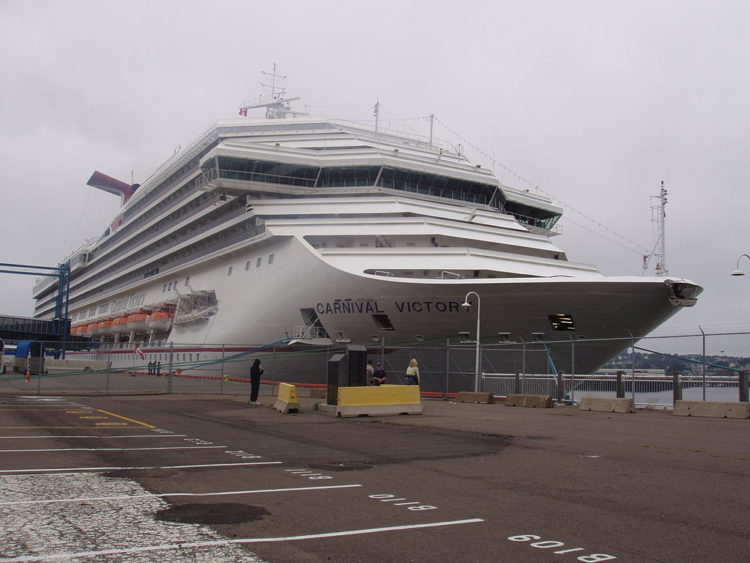 Carnival has been on probation since 2017 as part of a $40 million settlement for illegally dumping oil into the ocean from a subsidiary, Princess Cruises, ships and then lying about it. Carnival and its subsidiaries were put under a mandatory participation in a court-supervised Environmental Compliance Program for a period of five years.

The judge, Patricia Seitz, is the one who will be making her final decision on whether she wants to proceed with barring Carnival from docking cruise ships at ports in the United States. Her final decision will come at a court hearing in June, and she has also requested that company chairman Micky Arison be in attendance.

This ban also comes after a string of other not-so-great incidents for Carnival. Their bad luck started last year, when shares of Miami-based Carnival dropped nearly 10 percent. That was around the same time a passenger went overboard on a Carnival Victory cruise ship and was never found by the Coast Guard. Oh yeah, and they also experienced a brawl between 23 families on board that resulted in people “walking around with cut heads and hands and bandages everywhere,” as described by a witness. Yikes.

Have you ever traveled on a Carnival ship before? What do you think of the reason for their probation, and will that affect your decision to book with them in the future? Do you think it would be fair for Carnival Cruise Ships to be barred from docking at United States ports? What do you think the future holds for them?