Do you know what makes the world go round? Cute animals. And lucky for us, there are plenty of cute animals in this world. In fact, it’s kind of what’s keeping us going right now during the coronavirus pandemic (if you haven’t seen a poodle cat before, you’re missing out).

The latest on the cute animal trend? The Valais Blacknose, also known as the black nose sheep!

Sure, all sheep are pretty dang cute. They’re fluffy and fuzzy and, if we’re being honest, we’d love to own one as a pet. However, the black nose sheep—we hate to say it—puts all other sheep to shame in terms of cuteness.

First, a little bit of background on these critters: Black nose sheep are native to the Valais region of Switzerland, but have been growing in popularity. In fact, they’re currently being referred to as the “cutest sheep in the world,” and we can’t argue with that. 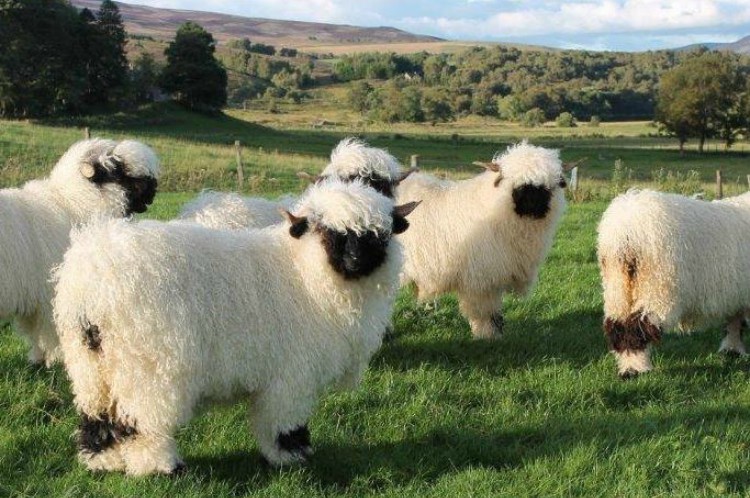 Black nose sheep have a lot of similar features as your standard sheep, but, as their name suggests, they have black patches on their nose, as well as their eyes, ears, knees, and feet.

Additionally, black nose sheep have a thick coat of wool that makes them look extra cuddly—even though it’s just to keep them warm during winters among the Swiss mountains.

The wool of a black nose sheep is frequently used for items such as carpets, bedding, and felting. This breed of sheep can also be used for farming, and are mostly found on smaller farms, though their meat is pretty pricy. “That would be very expensive lamb chops,” says Wendy Artzt, who runs the Alabama-based Teton Valais Blacknose Sheep Co.

Whenever someone sees one of these guys, they immediately want to take one home. Plus, black nose sheep tend to have a personality like that of a dog. They love humans, are super friendly, and they can even be walked on a leash. Ugh, we need one. 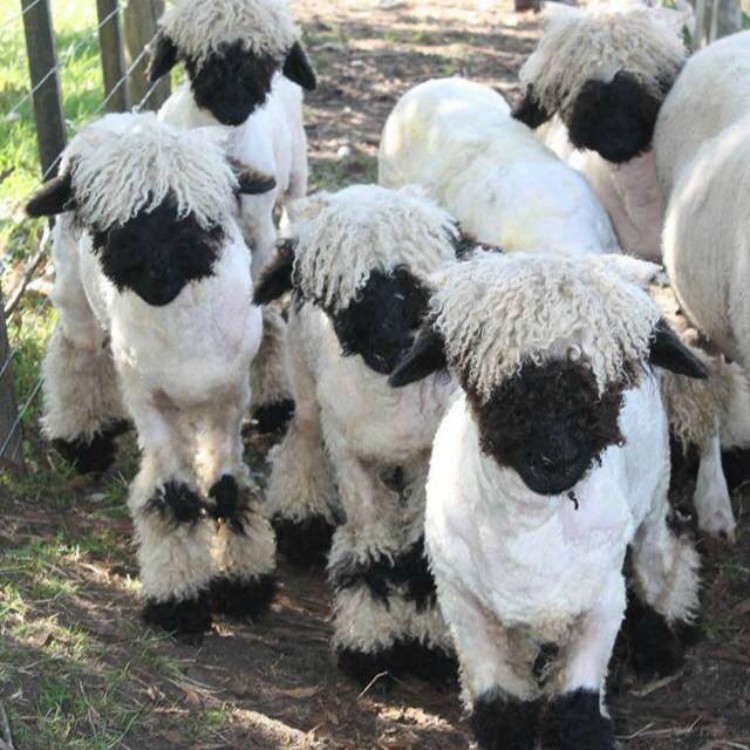 “Every time I show someone a photo of the sheep, it’s like a child at Christmas. Everyone wants one,” says Artzt.

Sadly, keeping one as a pet won’t really work, as an adult black nose sheep weighs, on average, between 80 and 130 kg (that’s up to 287 pounds!). But hey, if you’re into the farming thing, it might be something for you.

All right, time for all the “baa baa black NOSE sheep, have you any wool?” jokes!

How cute is the black nose sheep? Have you heard about this breed before? What’s your favorite cute animal that always makes you smile just by looking at a picture of them?