It can be draining to keep hearing about all the negative happening around us lately. It seems like the COIVD-19 pandemic makes every headline in your newsfeed, whether it’s about how many cases and fatalities occurred that day or that we’re all going to be quarantining until Christmas. It can be mentally exhausting, to say the least.

However, if you look hard enough, there’s still a lot of good happening around us, thanks to people who care about putting a smile on others’ faces. For example, The Office star John Krasinski launched a YouTube channel dedicated to good news only. In each segment he makes sure to speak of only good things; all the happy stories all get lost among the dire reports we read each day.

And now, one 96-year-old named Guy Whidden wanted to spread some cheer, too. The former WWII paratrooper didn’t know anything about starting a YouTube channel, but he did know a thing or two about one thing: cutting his hair into a mohawk style.

You see, Whidden first cut his hair into a mohawk back in 1944, right before D-Day. He wasn’t unique in that sense, though—many people did this as a possible way to intimidate the Germans.

However, though it had good intentions, Whidden was told that he had to shave it off. Ever since, he’s been wishing he could sport the mohawk style once again. So what better time than now than to do so? He figured with so many people out of sorts from this new sense of “normalcy,” that he’d try and bring about some good spirits. 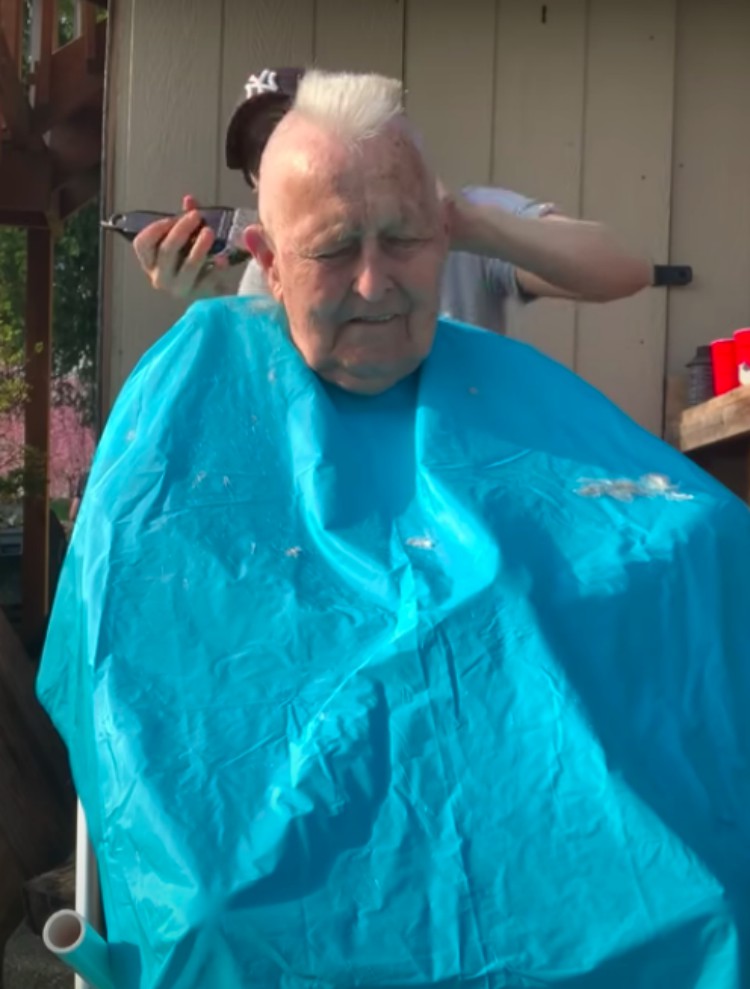 “I knew it would draw some laughs,” Whidden said. “And I don’t have much to do like most of us penned up in our homes.”

With the help of his granddaughter Lydia who controlled the hair shaver, Whidden filmed himself getting his hair cut into that mohawk shape he loves so much. The green hair clip Lydia placed in his hair that held his hair back really sealed the deal.

“I feel like a young buck!” Whidden exclaims in the video. He really is too cute!

While he did it for smiles, he didn’t intend to get as many as he did. In fact, the video racked up more than 25,000 views on YouTube with many people having been inspired to also give themselves their own haircuts while in quarantine thanks to him.

“I just thought it would make a happy moment,” Whidden said. “If I can get people to laugh, it makes my day for me, especially in this period of time. It’s very difficult for a lot of people.”

To see the adorable video of Whidden getting his new ‘do by his granddaughter, check out the video below.

How adorable is Whidden getting his mohawk? Are you one of the many people trying out haircuts at home while in quarantine?