You know the worst part about shopping? Waiting in line to pay. Seriously. We love browsing the aisles as much as the next person, but once you’ve filled your cart with your favorite groceries or those impulse buys you didn’t know you needed until you saw them, well, then you have to find a register where you can pay.

This is true in almost every type of store: grocery stores, big box stores, mom and pop stores. You find the items you want to buy, and then you bring them to a register where you pay.

Even stores that have adopted self check-out sometimes have long lines. What makes the lines so long? Duh. Scanning every single item one at a time.

Walmart thought they had discovered a way to save customers time. They thought that perhaps they would eliminate the need for cashiers and make the shopping experience so much better while eliminating long lines at registers. 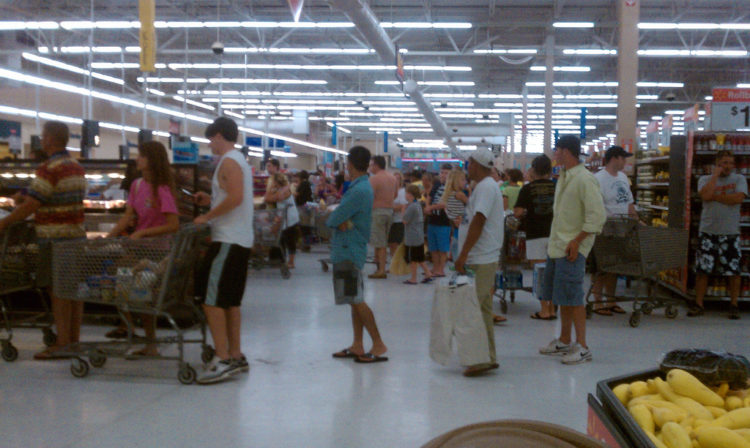 If you live in Texas, Arkansas, Florida, or Tennessee, perhaps you’ve heard of Scan & Go. Walmart tested out this new technology at multiple stores in these states, and the concept was simple. You could either use a device inside the store or use an app on your smartphone to scan the items you added to your cart while you shopped. That’s right. Instead of waiting to scan all the items at the end of your shopping trip, you could simply scan them as you picked them up and added them to your cart. Then you’d pay via self check-out on the way out.

The concept sounds easy enough, and honestly, if we’d had the opportunity to test out this new shopping method at one of our local Walmart stores, we probably wouldn’t jumped at the chance.

Walmart planned to expand the new tech to 100 more stores, but instead, they’re scraping the whole concept. Why such an about-face?

Walmart says that they will still keep the service in Sam’s Club stores, and they may re-think the Scan & Go tech to try to find something that appeals more to their customer demographic.

Watch the video below for more details.

What’s interesting is that while Walmart’s Scan & Go concept was a failure, Amazon is trying its own twist on the same concept. Amazon has opened a store in Seattle that doesn’t have cashiers or registers. The store is called Amazon Go, and they’re planning on opening new stores in San Francisco and Chicago. We’ll see if Amazon shoppers are quicker to embrace the new technology.