Here’s an experiment: Next time you’re at a gathering, ask some of your friends how they wipe their behind after they go to the bathroom.

Sure, it’s a bit of a personal question that might get a few “come again?” responses. But if they feel comfortable sharing the actual direction and method they use, chances are you’re going to get some conflicting answers.

Take it from someone who has seriously played this game at parties (I know how to have fun, I know). It truly takes the night into a new level. Someone confidently tells you that they do it one way, but meanwhile you had no idea that anyone could ever use such an appalling method. And then when you tell them how you do it, you’ll see the same horror in their eyes.

Why the controversy? The problem lies in the fact that wiping your behind isn’t something they teach in schools. Even if your parents show you how to do it, I’s typically something you instinctually learn by yourself when you’re growing up and don’t think too much about (well, until you’re asked the question at a party, thanks to yours truly). 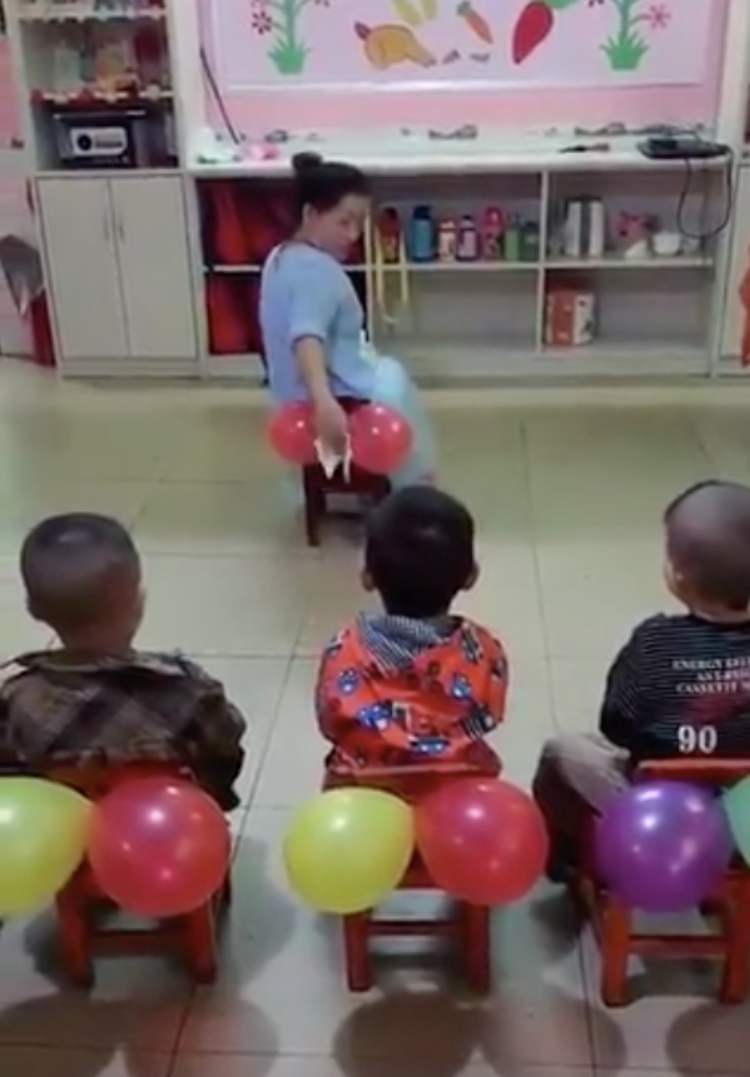 Thankfully, one teacher decided that butt-wiping needed to be in an elementary school curriculum. A video of her creatively teaching her students the correct method to wiping has recently gone viral, and for the best reason: It’s brilliant!

The unidentified teacher is seen in the video sitting in a chair with her back facing her students. To the chair are two inflated balloons to mimic the shape of her behind. Her students sitting looking at her have the same set-up on their chairs.

She carefully demonstrates the tried and true booty-wiping method by using a piece of toilet paper to wipe front to back in between the balloons. She then carefully folds down the toilet paper, teaching the kids not to waste any more than they need, performing the same technique over again, before folding it once again and discarding it. Her students watch in amazement, undoubtedly taking in this important life skill.

“I have a 4-year-old and (an) 8-year-old niece who both barely even wipe as is!!” one person noted. “No matter how much we talk to them!”

“They need to add this to some people’s driving test before they can get their driver’s license,” wrote another.

See for yourself the instructional video below on the proper wiping method.

What do you think of teaching this skill in classrooms of a young age? Do you think this is something a teacher should be explaining, or is it more of the parent’s responsibility?