Biology class never did much for me; I honestly found it pretty boring in college. But for one girl, biology class was life changing—literally.

This girl’s story was brought to the attention of the Twitter verse by user Anya Hettich, aka @anyahettich, who allegedly witnessed one crazy moment first hand.

It all started during a lesson on blood types. The professor was teaching the class about how when certain blood types create a human life, that human life will likely have this type of blood type or that one, noting which ones have impossible combinations. 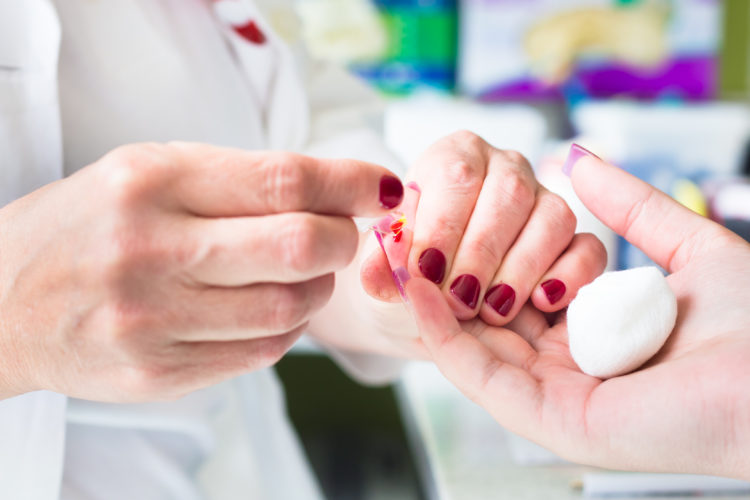 One student was pretty confused by what the professor was telling them. She knew her parents’ and her own blood type, but it fell onto one of the combinations that were noted as not possible. The student told the professor her blood type was AB , but her father’s blood type was O and her mother’s was type B.

‘My prof explained that that’s impossible, that she’s confused on the blood types or something – she even drew out the different Punnett squares to show her,’ Anya said.

That said, when parents give birth, they donate one of two ABO genes to their child. The A and B genes are dominant and the O gene is recessive so if an O gene is paired with an A gene, the blood type will be A.

So when this girl came forward to her professor that there was something off since she knew her parents’ and her own blood type and it didn’t make any sense, the professor insisted that she go reaffirm the blood types. Scientifically, it wasn’t accurate!

Well of course this caused a bit of tension at home. After this girl went to her parents, a whole slew of secrets came out. It turns out that around the time this girl was born, her mother had an affair with her husband’s step brother.

“So technically, she’s been raised by her uncle and not her dad her entire life – her mom hid it from the both of them for 21 years,” Anya explained in her Twitter saga.

It doesn’t end there—the girl’s parents are now getting a divorce after all these years that the secret was kept under wraps.

This is why we should never have biology class, am I right? Ugh!

We can’t believe the crazy way this girl found out about her mother’s huge secret and now her parents are ending their marriage! What do you think of this story? Has something like this ever happened to someone you know? What would you do if this happened to you?