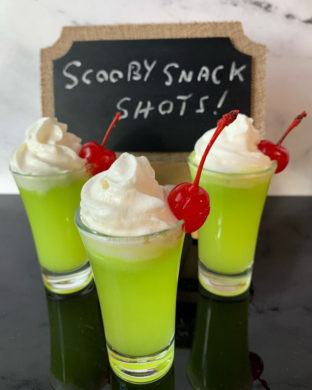 Melon Liqueur gives the Scooby Snack Shot its mysterious taste and green color. Zoinks! We’ll show you how to make both popular versions of the drink along with some tips and presentation ideas.

There are two popular versions of the Scooby Snack Shot:

mix ingredients together in cocktail shaker, or stir them together in large pitcher. You may garnish with stemmed cherries or a small slice of pineapple

Instructions: Add ingredients including some whipped cream to cocktail shaker and shake vigorously. If you do not have a shaker you can try a closed jar. Some friends have mentioned mixing in a blender. You may garnish with a whipped cream top and stemmed cherry
Tip: The whipped cream starts to separate after 5-10 minutes so serve quickly after shaking. 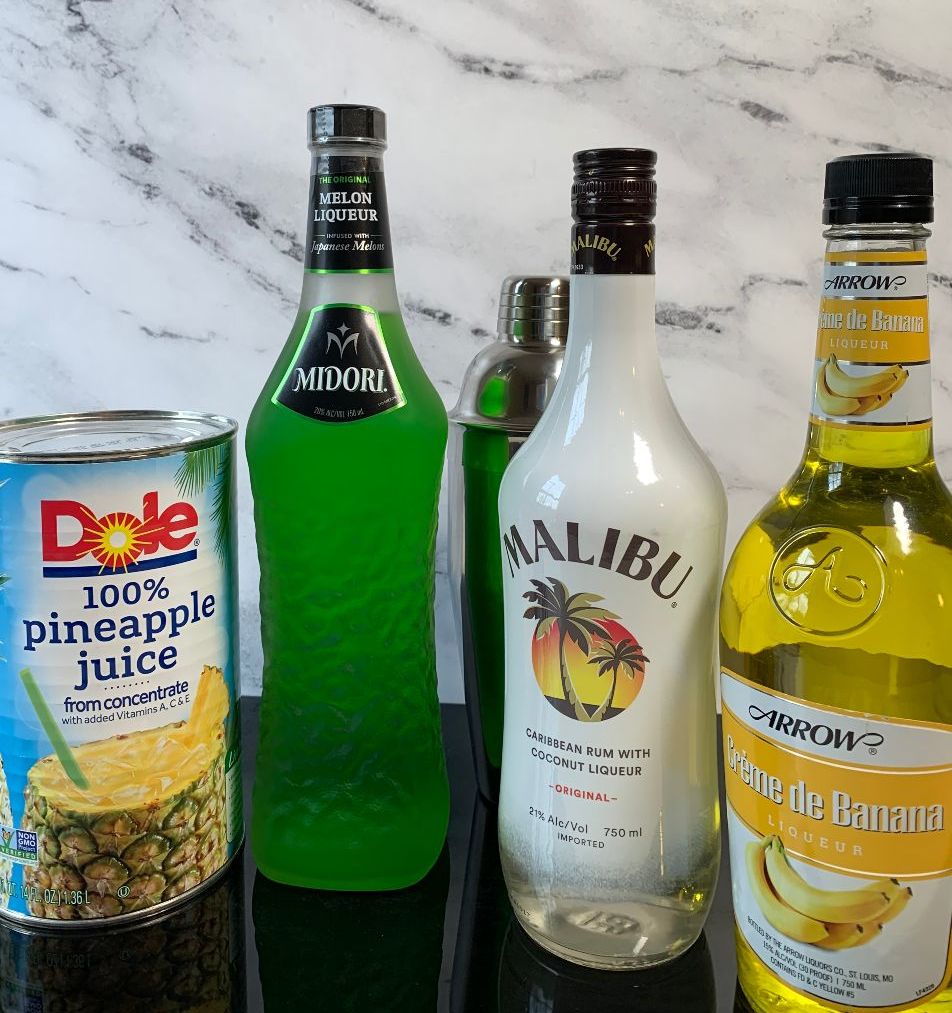 With pineapple juice, coconut infused rum, and banana liqueur it tilts toward the sweeter side of shots, especially if you add the whipped cream. The most distinctive flavor and color comes from the Melon Liquor. I use Midori, a Japanese musk melon liqueur which was first introduced in 1964. The Japanese musk melon is sorta like the cross between a cantaloupe and a honeydew. Midori is lightly sweet and gives the drink a complex or one could say mysterious flavor.

This is an example of the first version: 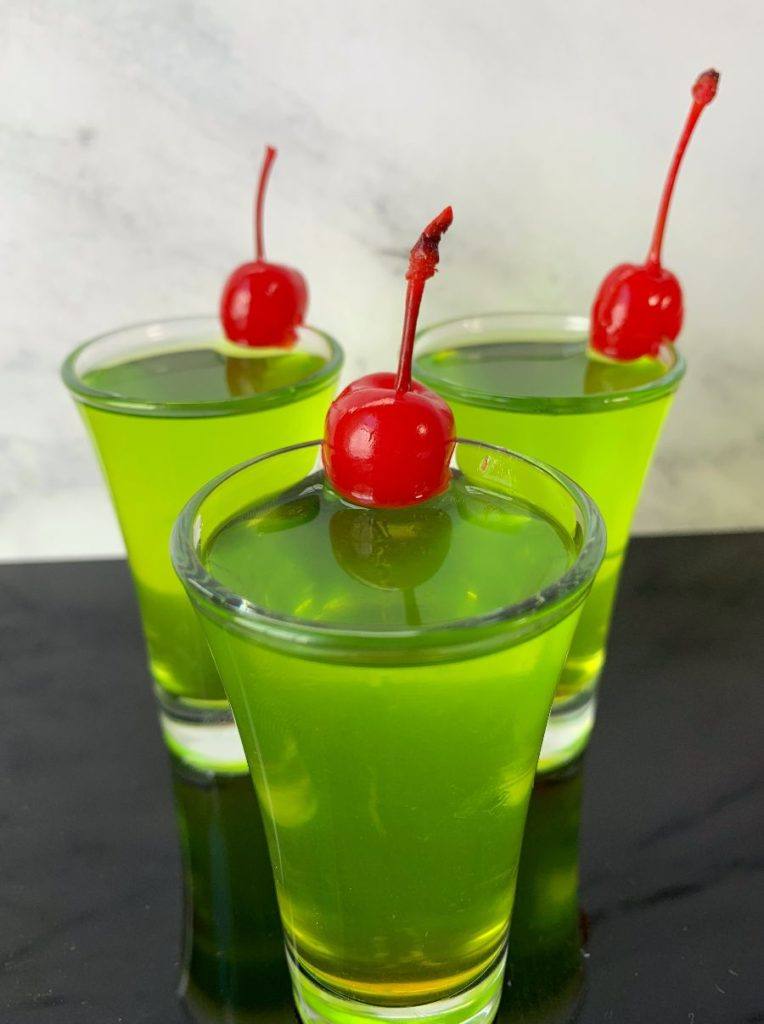 Why is it called the Scooby Snack Shot?

The origin of the drink’s name is unknown but my hunch is it was created by a bartender who was a fan of the Scooby Doo television series. The green color of the shot is reminiscent of Shaggy’s green shirt or the green on The Mystery Machine van that Shaggy, Scooby, Velma, Daphne, and Fred rode around in.

You can see the color of the shot is similar to the green on the Mystery Machine: 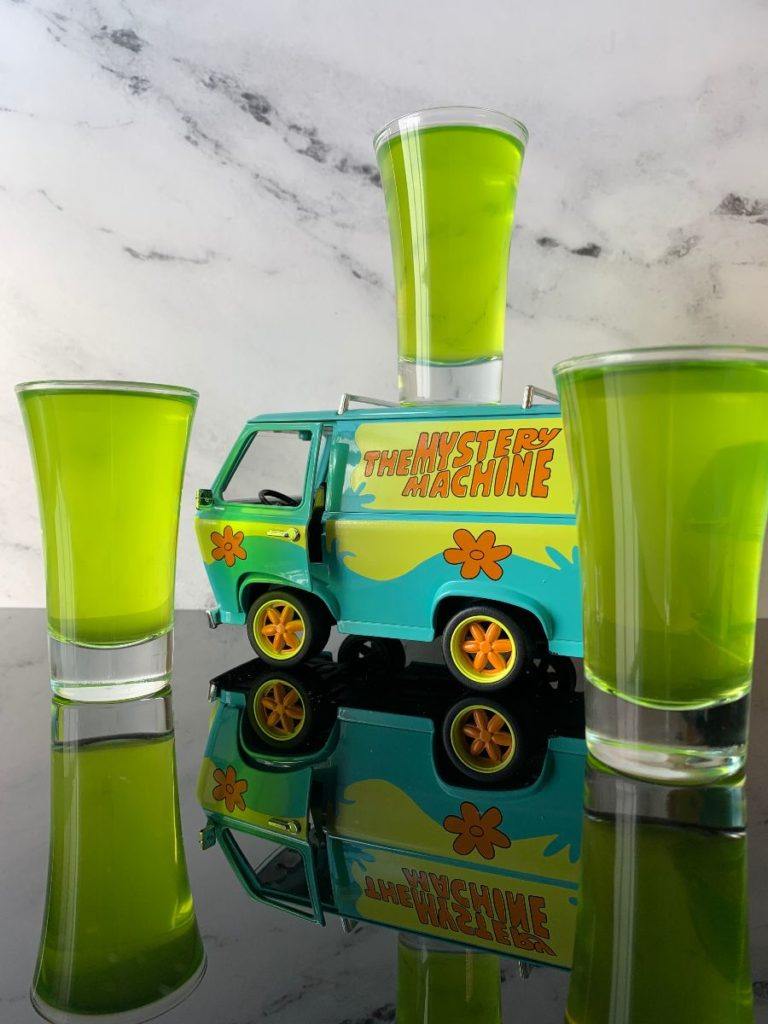 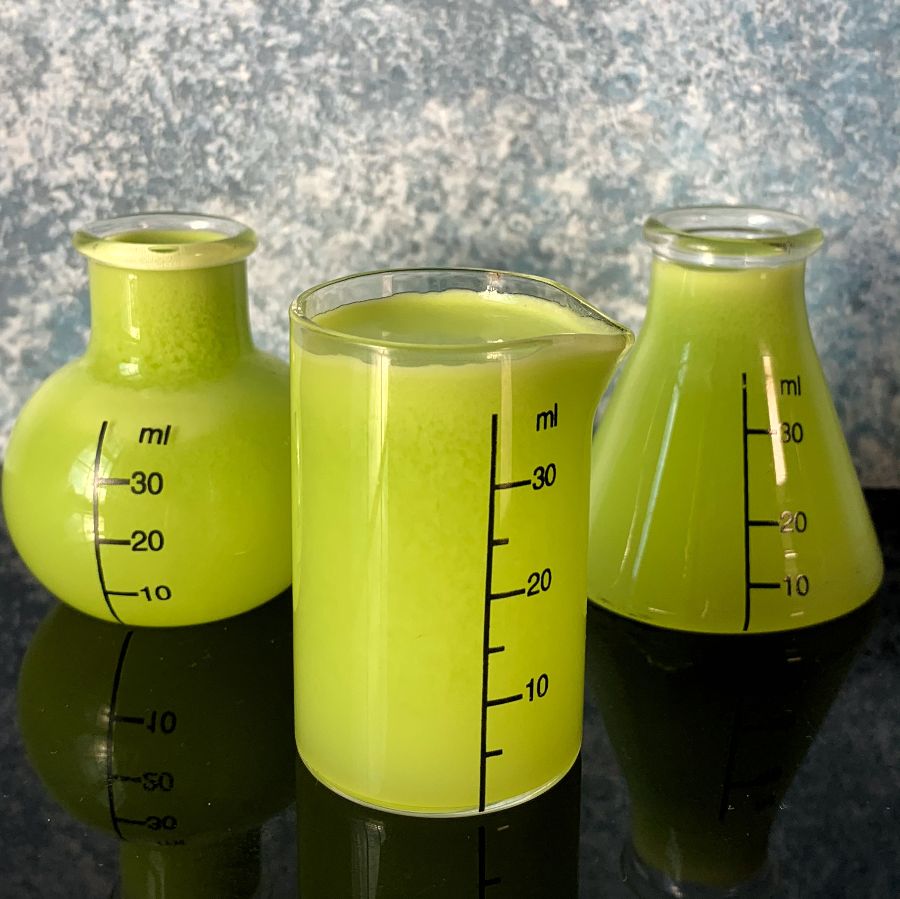 You may also serve in traditional shooter shot glasses: 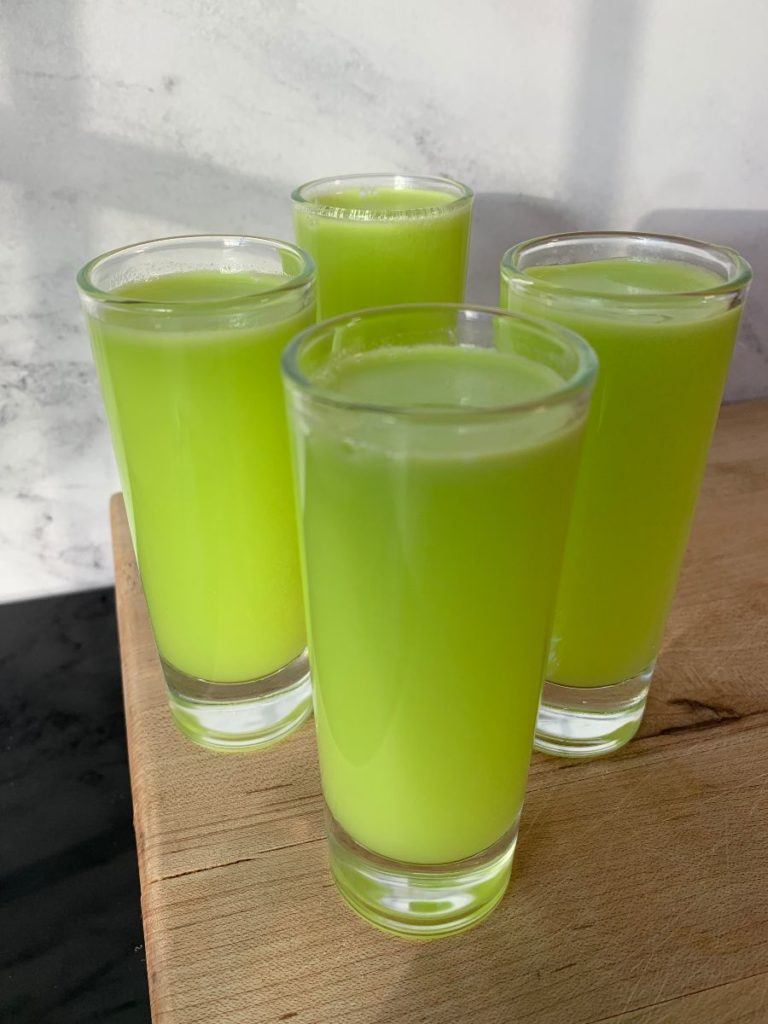 The scooby snack shot is a surprisingly popular shot. It would be great for Halloween parties but given its tropical flavors and cool color it is also a year-round favorite based on search volume trends.