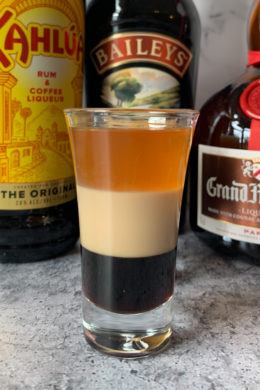 Sweet, creamy, and a little bit dangerous, the B-52 shot has three layers and a conversation-starting backstory. You can also use overproof rum to make it a flaming shot. We’ll show you how to pour coffee liqueur, Irish cream, and orange liqueur just right to create a stacked shot that never bombs at parties. 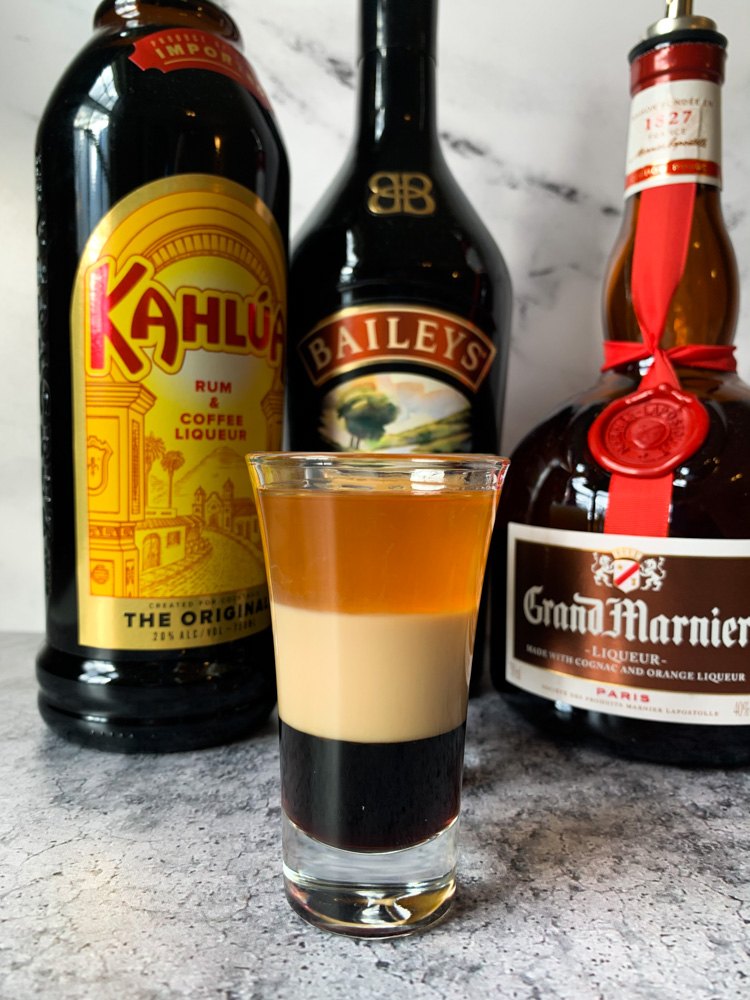 Why do the layers separate?

But with the spoon trick and a steady hand, B-52 shots are easy to make yourself. We won’t ask you to recall the theory of specific gravity from science class, but if you’ve tried our Pineapple Upside-Down Cake Shot recipe, you might remember the rule of stacked shots: alcohol floats, and sugar sinks. Which is why this shot’s finishing touch — a spoonful of overproof rum — floats on top, waiting to be ignited (and then, please, blown out before you toss it back.)

See it Come together in 30 Seconds

Where did the B 52 Shot Get its Name?

Raise your hand if you always thought the B-52 shot was named after the bomber. Us too! Surprisingly, it’s not. Legend has it that the drink was first concocted in the late 1970s by bartender Peter Fich, who poured the drinks at Canada’s Banff Springs Hotel. Apparently he named all of his drinks after bands — and he must have had a thing for “Rock Lobster”.

But it gets even wilder — the band that gave birth to the B-52 shot actually owes its own origins to another flaming alcoholic beverage. The B-52s held their first jam session after the members shared a tropical Flaming Volcano cocktail at a Chinese restaurant in Athens, Georgia.

That’s not the end of the story for the B-52 shot, though. Arsenal F.C. forward Nicklas Bendtner re-launched it into popularity in 2009 when he changed his jersey number from 26 to 52 in the same season that he scored a heroic goal against Liverpool in the Carling Cup. Arsenal fans nicknamed him “the bomber” and toasted him with B-52 shots, which were briefly all the rage in North London. 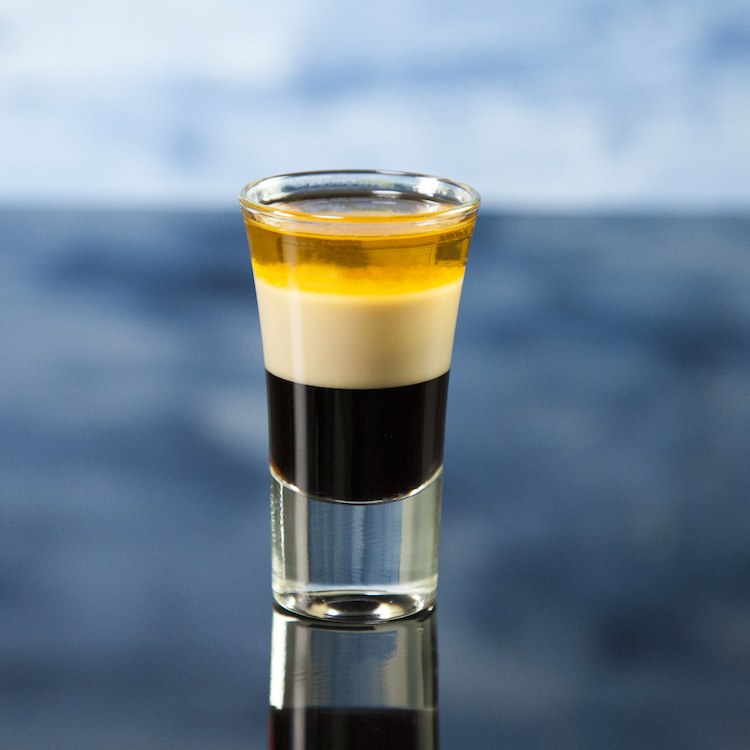 You might already have all of the ingredients in your liquor cabinet: the brown layer is coffee liqueur (like Kahlúa), the milky white layer is Irish cream (like Bailey’s), and the orange layer is orange liqueur (like Grand Marnier or Cointreau). With those three distinct layers, the B-52 shot might seem like it would require a professional pourer — after all, this is a drink that’s not shaken, not stirred, but built. 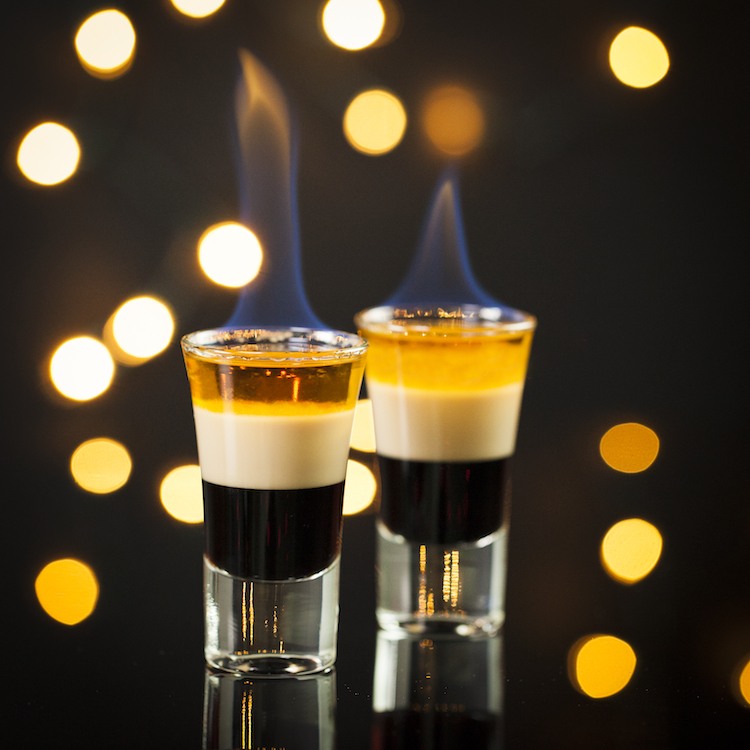 Drink responsibly, or you may go down in flames.