Science says that a woman’s peak reproductive years are between her late teens and late 20s. When you hit 30, fertility starts to to decline. And by the time a woman is 45, the ability to get pregnant is very low.

Today Show news anchor Savannah Guthrie was 40 wen she got married to 42-year-old Michael Feldman. With her hovering around the not-so-likely fertility stage, the two knew it would be risky trying to conceive, but they were lucky and welcomed their daughter Vale the same year they wed.

As Vale grew before her eyes, Savannah knew she was destined to have another child. But this time, at age 44, it wasn’t as easy. She had to go through in vitro fertilization (IVF) to have her son Charley, and the decision to get there was certainly not an easy one for the family.

“I didn’t want to start a process where we spent all of our present searching after some future…when our present was so lovely and beautiful and enough,” Guthrie said. “But I also knew I would love for Vale to have a sibling—especially because we are older, it was important to me for her to have a sibling, somebody to do life with.” 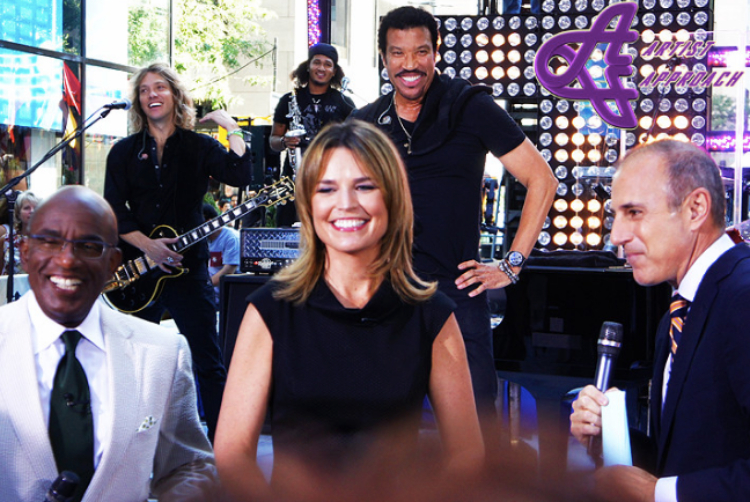 The IVF took more than one try, which was hard, Guthrie admits. “Going through what we did, it makes you realize that everything has to go just right to have a healthy baby,” she said. “I really feel for so many women who are struggling and wishing and wondering, “When’s it gonna be my turn?” I know. And I understand.”

But now with her husband and two kids, Guthrie feels her family is complete—and that she wouldn’t have it any other way. In fact, she enjoys being a 40-something mother and thinks it suits her.

“Having kids later in life wasn’t so much a choice—it was just the way life happened for me,” she said, adding that this was the age that really felt right for her to become a mom. “When I think about being in my 30s and what I was doing and trying to build a career, it would have been incredibly difficult for me to have kids back then.”

As a news anchor, Guthrie starts work at about 4 a.m. most days, so adding two kids on top of that is of course hard work—and tiring. But again, she keeps an open mind about it all, and even manages to pencil in some time to herself; it’s just about working around schedules and managing her time well.

“I get home most days midday, which means I can pick up my little one from his Montessori day care, we can have lunch together,” she said. “He goes down for a nap, I go down for a nap, we pick up my daughter from school, and we have the whole afternoon together. My husband’s home early, so we eat dinner together.”

We salute you, Savannah! How brave is this woman for sharing her story on getting pregnant and parenting in her 40s? Do you know anyone who had their first child in this decade?