Few things are more admirable than a mother and son’s relationship. There’s just something about a mama and a her little boy that makes everyone want to “awww” out loud.

If you feel the same way, then you’re going to feel all the feels in a video that recently resurfaced on Instagram of Prince William and his late mother, Princess Diana. The video, filmed in 1985, shows a 5-year-old William helping his mom out with her makeup and yes, it’s just as adorable as you’d imagine.

The video might not have sound, but it shows the wee little tot that is William carefully powdering Princess Diana’s face. Sure, he nearly gets the powder in his eyes, but she manages to hide a small flinch while smiling back at her son.

William’s donning a little checked shirt and bright red shorts and Diana has on a light blue floral dress. The clip was filmed right before she, William, and Prince Harry, who was just one year old at the time, did a famous photoshoot of the three of them sitting at the piano in their Kensington Palace home. (See below!) 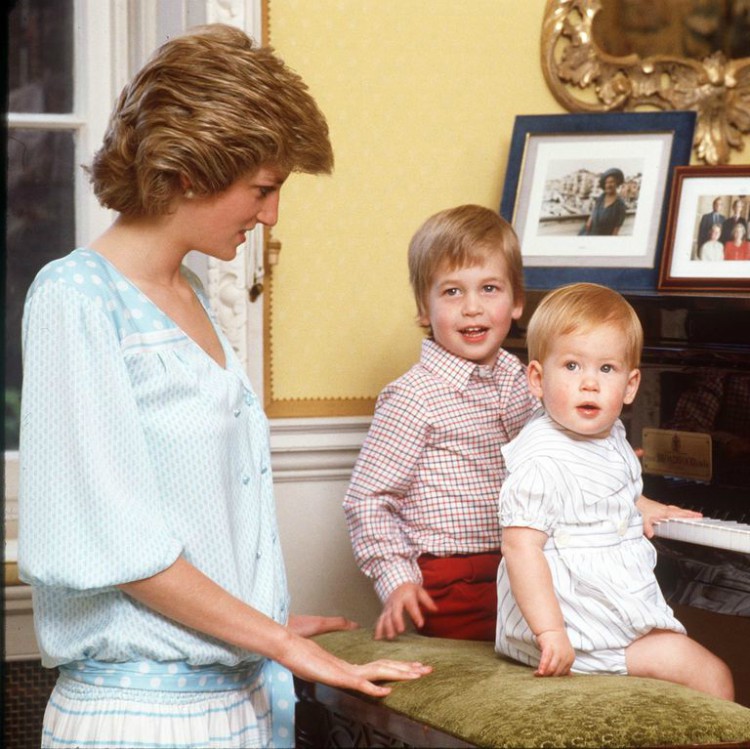 William only recently opened up about his feelings and mental health struggles relating to Diana’s untimely death from a car accident in 1997.

“I’ve thought about this a lot, and I’m trying to understand why I feel like I do, but I think when you are bereaved at a very young age, any time really, but particularly at a young age, I can resonate closely to that, you feel pain like no other pain,” he said in a documentary called “A Royal Team Talk: Tackling Mental Health.”

We hope William could find sweetness in this clip—fans certainly couldn’t get enough.

“Precious moments with your baby boy before he still lets you hug him,” someone posted.

“Funny I use to do the same thing with my mom when I was a boy in the 80s,” another person replied. “Diana reminded me of mother. Classy.”

You can find the clip below. Just try not to grin (or tear up!) while watching it.

How sweet is this resurfaced video? What do you imagine the two were talking about while William was patting Diana’s face? Do you know a mom and son who are super close like this?