Looking for a new home renovation show to watch? Even we—big HGTV show fans over here—can admit that the shows can get monotonous after a while. We see the same type of flips on Flip or Flop, the same upgrades on Property Brothers, the same styles on Fixer Upper.

To switch it up—we mean a LOT—there’s a new home makeover TV show in the works, and it’s not anything like the shows we’re used to on HGTV. The show, called Murder House Flip, and combines the creepy, chilling vibes of haunted shows with the whimsical, decorative vibes you get from HGTV.

We know what you’re thinking: Uh, what? Let us explain. The twist with Murder House Flip is that the renovations don’t take place in your standard suburban house, like most of these other shows do—but in homes where a high-profile killing might have took place. That’s right: In the abodes where people were murdered.

That means the hosts aren’t your standard interior decorator or builder, either. Instead, you’ll see forensic specialists and spiritual healers on Murder House Flip, combined with renovation experts.

Why are all the experts necessary? The houses on the show won’t just feature regular murders, but mysterious murders that need a little big of digging into why it occurred. The cast will be able to “uncover the true crimes, shocking secrets and scandalous history of their homes,” explains Josh Berman, Executive Producer. “Then, cleansing renovations remove the stains of the past and take these homes from morbid to marvelous.” 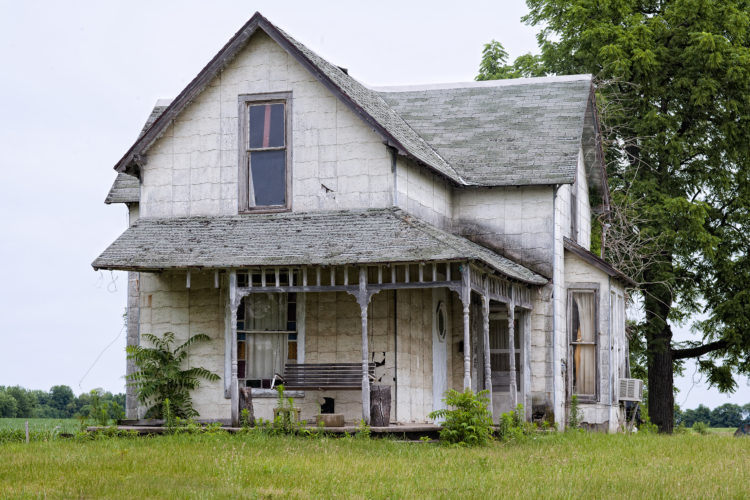 That’s right, this unique team’s goal is to bring a dark, drab home, where someone’s life has been taken, and make it up to date enough to inspire potential new buyers to call it home. So it’s basically Love it Or List it meets Dexter.

“We are thrilled to bring this one of a kind series to life and dive into a world that combines America’s two biggest TV obsessions: true crime and home renovation,” said Elyse Seder, SVP Alternative & Syndicated Programming for Sony Pictures Television.

It’s not all as creepy as it seems. The intention of the show is to transform otherwise scary places into homey ones that people can actually live in, and in the process, maybe even help some families who are dealing with loss.

Murder House Flip is set to air in 2020 on a new streaming service called Quibi, which is similar to Netflix and Hulu, costing $5 a month with ads or $8 a month without ads.

If you like shows about mystery murders, but also love a good home renovation, then this is the perfect show for you.

What do you think of the concept behind Murder House Flip? Are you going to binge watch it when it comes out, or stay far away?