If you live in an older home, then you may take a moment, from time to time, to quietly ponder its history. Sure, you may have inspections reports, sales records, or perhaps you even met the previous owners, but it’s impossible to know what exactly went on in the space before you moved in.

Case in point: This hundred-year-old home that has been hiding a truly intriguing past, all under its inhabitants’ noses. Believe it or not, up until a routine renovation was underway, the current owners of the home were completely unaware that their basement actually housed some very important American history.

The finding happened when hired workers were trying their hands at a delicate endeavor—removing what everyone assumed was a closet from the subterranean floor of the Kansas City house.

Amazingly, what was found behind this plaster wall wasn’t just an empty room; it was a space filled to the brim with objects from yesteryear.

Now, as you may already have guessed, the crew quickly surmised that this hidden spot was no ordinary man cave—they were certain that it had something to do with the illegal booze trade of Prohibition-era America. They took into account the meticulously stacked bottles that were actually found behind another brick wall that proceeded the aforementioned plaster one. 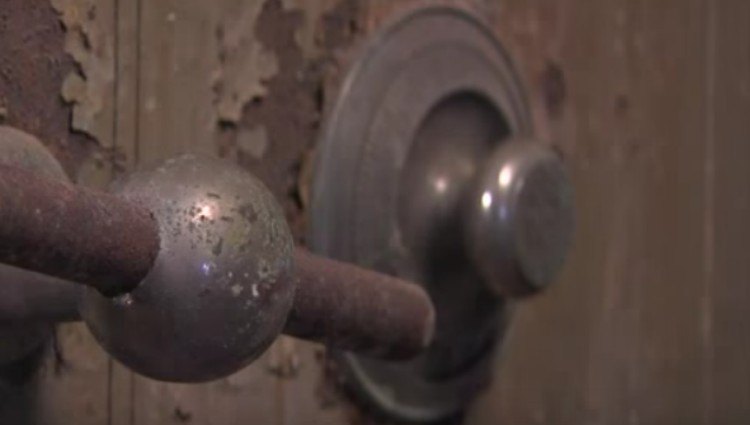 FOX 4 News
It’s clear that whoever stockpiled and locked away the contraband was hoping to never get caught! Though the current owners have some idea of who left the bottles behind, the true story behind the stash remains a mystery.

Daniel Janssen, another contractor assigned to the home’s renovation, is still in awe over what the team uncovered. He says, “I’ve done a lot of houses, and this is the coolest thing we’ve ever found.” We agree with you on that one, Daniel! There are a lot of stories about home makeovers out there, but this one has some serious history attached to it.

To get a full tour of this surprising room and what it holds, as well as some more insight on this fascinating era, be sure to click on FOX 4 News’ video below. Who knows, something similar may be hiding away in your home!

What do you think of this booze stash discovery? Have you ever found an old relic hidden in your home? Do you own any artifacts from the Prohibition? Tell us all about your thoughts and experiences in the comments section below!