Let us tell you a little something about a man named Christopher Hopkins. Known as “The Makeover Guy,” Hopkins has spent the better part of his life perfecting the art of hair and makeup.

He and his husband, Robert Lindquist, own the “Makeover Guy Appearance Studios” on the Mississippi Riverfront in Minneapolis, which they opened in 2017. Since then, his before and after transformation videos have garnered tons of attention from people all over the world.

These videos contain his clients with scenes of what they looked like before their makeover, and then what they look like after. Typically the client has gone through some kind of big life change and have lost their way in terms of physical appearance. He’s then able to determine what kind of hair cut, color, and makeup technique would work best on them, and then give them the makeover of a lifetime. Half the time they don’t even look like the same person—in the best way possible!

We’ve seen dozens of makeovers by the Makeover Guy, all of which wows us one after the next. Kim is one of the most jaw-dropping makeovers we’ve seen to date, stunning everyone who sees her, and divorcee Heater is among one of the sexiest transformations we’ve seen. 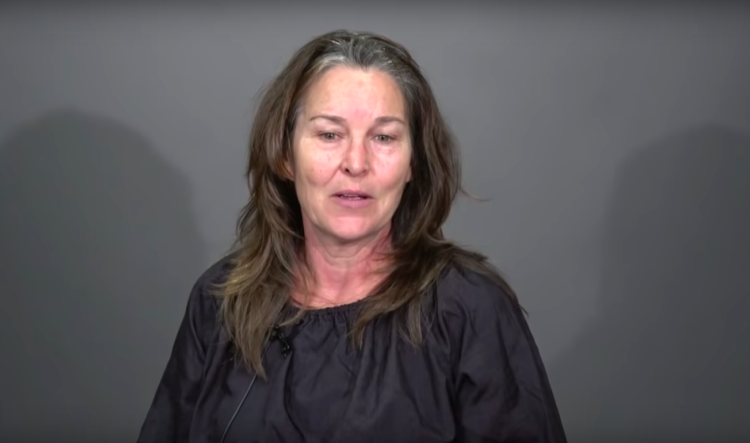 Now get ready for Terry’s makeover. You see, Terry, of Missouri, has reached peak middle age and just hasn’t been feeling very good about her appearance. She wanted to do something drastic—something to make her feel “young” and “vibrant again.” “Fierce,” as she puts it.

The moment Terry walked in to the studio, Christopher knew just what to do. He took Terry’s long straggly nearly-gray locks, chopped them to shoulder length, and dyed them a beautiful strawberry blonde color. He complemented her new hair style and color with a magnificent makeup job that takes literal years off her face.

While blonde may be a pretty bold choice for someone in middle age, but Christopher knew what he was doing, and it totally works on her. Terry loves it too! “I’ve never been blonde my whole life and didn’t think blonde would look good on me, but Christopher nailed it,” she said.

“This is going to make the transition so much easier,” Terry said of her makeover, referring to her brown hair turning gray.

Terry said she wanted to look young and vibrant and fierce—well, Terry: you couldn’t look more of those things! To see her stunning makeover, check out the video below.

Terry was clearly beautiful before the makeover, but we can’t get over how amazing she looks afterwards! What do you think of Terry’s makeover? Would you ever make an appointment with the Makeover Guy for a makeover like this?