If you’ve ever seen a before and after makeover transformation by stylist expert Christopher Hopkins, aka The Makeover Guy, it’s hard not to be impressed. His makeovers are so drastic and stunning that people come to his Minneapolis studio from far and wide just so he can give his touch to their hair or makeup.

Whether the woman hasn’t worn makeup in years or she simply forgot how to style her hair, he’s an absolute master at lifting dead, dreadful locks of hair to their former glory and using makeup to make his client’s skin radiate like never before.

One of his Christopher’s recent clients, Kim, had found herself drawn to Christopher’s makeovers he’d done throughout the years. Christopher posts all of these to his popular YouTube page, which consists of hundreds of addicting videos—and Kim couldn’t help but watch his videos over and over, wishing it was her in that seat. 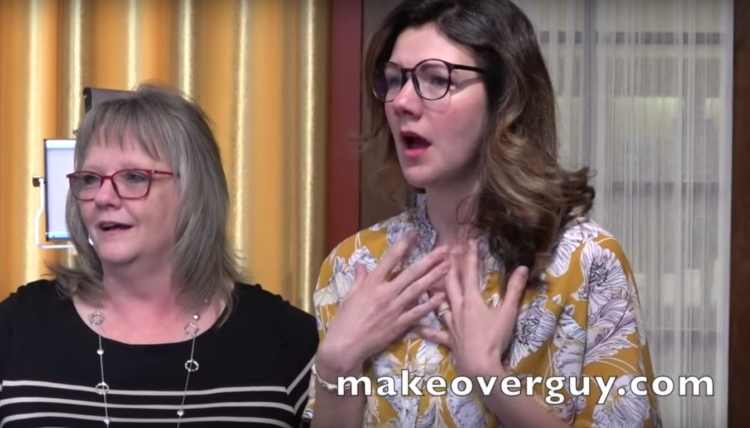 Kim even hinted to her family that it would be amazing to be able to see Christopher herself. Her 60th birthday was approaching and what better way to celebrate a milestone birthday than to get all dolled up by a true style guru?

Well, luckily, Kim’s daughter was all about it. She, along with Kim’s husband, sister, and other family, banded together to make her wish a reality just in time for Kim to turn 60.

When her birthday came around, her family presented her with a scavenger hunt that eventually led her to the gift of getting a makeover by The Makeover Guy. And boy was Kim thrilled!

When the time came for her to finally meet her makeover idol, she could barely hold back her excitement. She didn’t even hint at any type of look she wanted to get from him—just told him that he had free reign to do whatever he wanted to her. She’d watched enough videos to know that she could trust Christopher 100 percent! 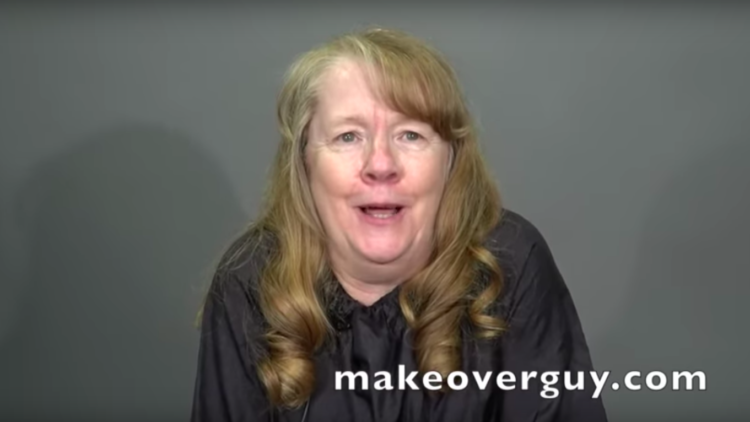 But no one could’ve known what was coming to her—not Kim, not her family, not even Christopher. When Kim saw herself after Christopher was done with her, she was immediately brought to tears. The makeover was even better than she imagined.

When Kim’s family gets to take a glimpse of her, they can’t believe their eyes. Her daughter was especially in shock, clutching her heart, even asking her mother if “she’s real.” Kim’s sister even admitted that she was jealous of Kim’s new look!

Christopher did to Kim what he does best: He chopped off her straggly locks to create a more chic, robust look, and dyed her grays a gorgeous, younger auburn color. His makeup technique is flawless, taking literal years off Kim’s face. She looks like a completely different person!

It’s a makeover you’ve truly got to see to believe. Check out the before and after in the video below.

Kim looked great before, but how amazing does Kim look now? Can you believe it’s the same person?