Marriage can be great until it isn’t, and while some celebrity couples manage to prove that love can last a lifetime, other couples aren’t as lucky. When marriage goes bad, divorce often follows, and sometimes things can get very complicated. Two bitter adults fighting over child custody, child support payments and how to split up their estate’s assets can be very messy indeed. It doesn’t help when it happens in the public eye. 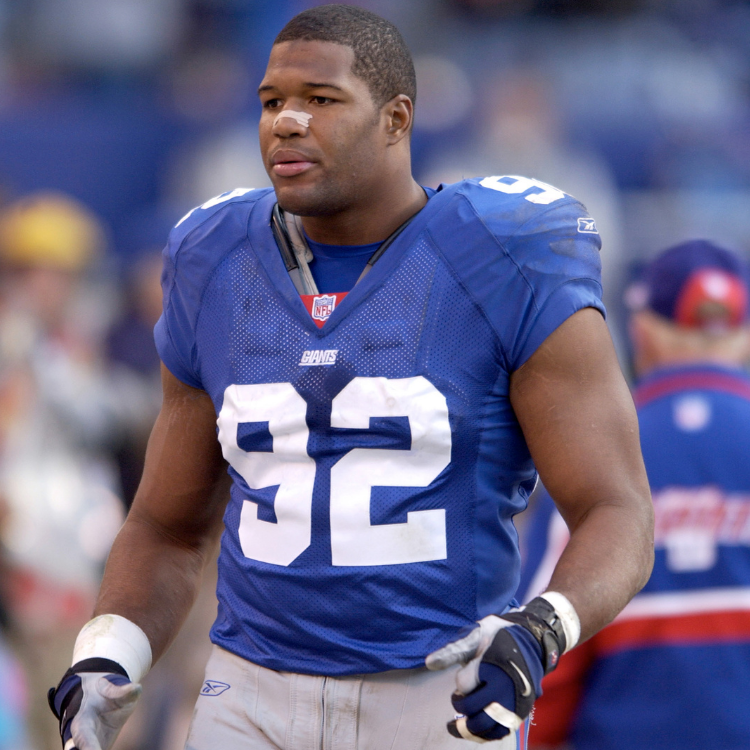 Michael Strahan caught the attention of NFL recruiters when he was playing football for Texas Southern University in Houston, Texas, but before he went pro, he was married, divorced and a dad. He met his first wife, Wanda Hutchins, while he was still in college. They got married in 1992 and divorced in 1996. They had two children together, a daughter named Tanita, and a son, Michael Jr.

Strahan wasn’t a star yet when he divorced Hutchins. It wasn’t as dramatic as his divorce from his second wife, Jean Muggli.

Strahan and Muggli got married in 1999. In 2004, their twin daughters, Sophia and Isabella, were born. Unfortunately, the marriage didn’t last.

The couple was living in Montclair, New Jersey, at the time, and their neighbors didn’t know there was trouble in paradise. One resident told The New York Times, “I never thought there was a piece of trouble anywhere. We were shocked. You just don’t know your neighbors when you think you know your neighbors.”

Another neighbor told Page Six that the couple used to have “loud fights.” Then, one weekend when Strahan was out of town, Muggli put a lot of his personal items out in the yard and called it a yard sale. “There was his personal football stuff and personal effects.” That same resident later regretted not buying something from the sale. 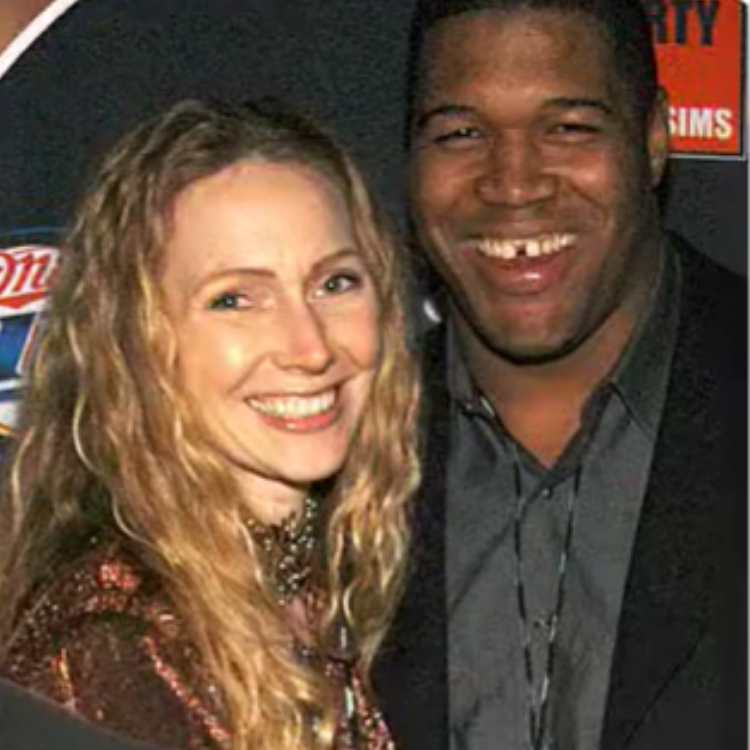 According to a 2006 New York Times article about the couple’s divorce, in court, Muggli accused Strahan “of beating her, secretly videotaping her sister undressing and carrying on affairs with three different women.” Meanwhile, Strahan thought Muggli’s spending was out of control. He claimed she “spent $22,500 on photographs, $27,000 on clothes for their 20-month-old twin daughters, and $1,700 in sign language classes” for the twins. No, the twins aren’t deaf.

The couple got divorced in July 2006, but it isn’t over until it’s over. When you have young children at the time of divorce, it’s far from over. They have battled over child support and custody for years.

At the time of the divorce, Strahan was still an NFL star. The court ordered him to pay Muggli $15.3 million and another $18,000 each month for child support. The child support amount was lowered to $13,000 a month in 2009 after he left the NFL.

Meanwhile, Muggli had primary custody of their twins. She and the girls lived in North Carolina while Strahan lived in Manhattan. He was only allowed visitation rights. 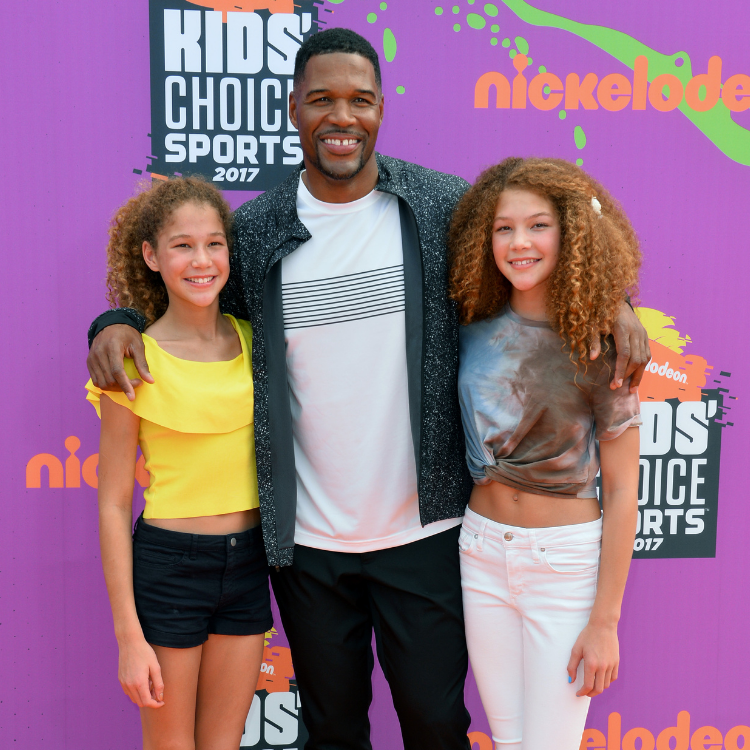 In March 2020, TMZ obtained court records that showed Strahan accused his ex of physically and emotionally abusing their daughters. He claimed Muggli wasn’t making sure the girls went to their court-ordered therapy sessions and that she also wasn’t making sure they attended their volleyball games and equestrian events. He argued that he should have full custody of his daughters and that they should live with him in New York.

That’s right. Fourteen years after the divorce, the exes were still fighting over custody.

In October of 2020, the claims against Muggli were thrown out of court, and the couple ended up settling on a new custody arrangement. According to Page Six, Muggli agreed to move to the Upper West Side of Manhattan to live near Strahan. That way the girls could attend posh private schools until they graduated from high school. They would live with their dad one week and their mom the next week.

That doesn’t mean that the battle is over. Muggli claims that Strahan owes her money for child support and that he refused to pay for the girls’ equestrian lessons that he originally agreed to cover. 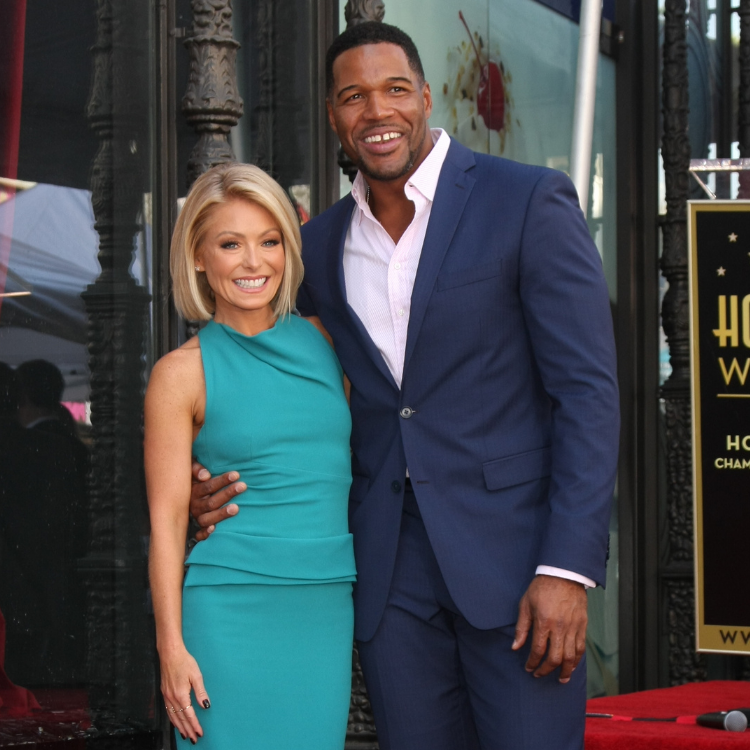 A source that knows Strahan told Page Six that Muggli won’t accept the child support payments until Strahan agrees to continue to pay child support “for many years” after the twins become adults. Meanwhile, a source for Hutchins explained that according to New Jersey law (the state where the divorce was filed), child support can be paid until children are 19 or even throughout the years they are in college.

Does it surprise you that Muggli agreed to share custody with Strahan? Do you believe there is any truth to his claims that she was abusive to their daughters?