Bringing your child to daycare every day can be hard on some parents. Besides the financial burden (um, hello average monthly daycare cost being nearly $2,500), it can be hard to let your kids under the care of someone else…someone you don’t really know.

Single mom from Florida, Heather Chisum, had no choice but to put her two young boys, Fin and Milo, in daycare every day. Though she didn’t love doing it, it was the only way for her to be able to work and provide for her kids.

One day, one of her nightmares about daycare came true. After picking up her sons, she came home to find that the teacher had written her a message across one of their stomachs in permanent marker.

It was when she was changing her son’s diaper that she noticed the message. It read: “Mom I’m out of diapers pls read my report.”

Heather couldn’t believe what she was seeing. How the heck was she to know he needed diapers? Certainly there had to be a better way than to write it in permanent ink on her own son’s flesh.

The outraged mother took to Facebook to express her rage, asking the world whether she was right to be so upset.

“Am I right to be furious about this? Or am I overreacting?” she began. “I really need your opinions guys, because I’m about to barge in this daycare tomorrow morning and have some words.” 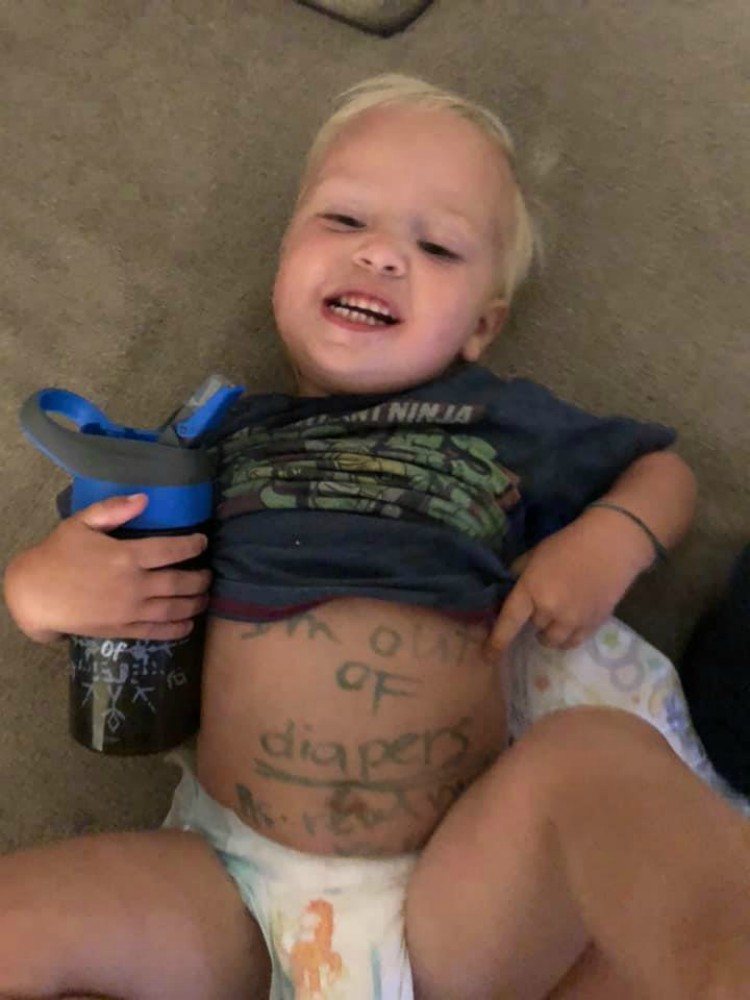 She explained that the daycare she brings her boys to provides a daily report in their lunchboxes that include things like their moods during the day, the times their diapers were changed and whether she needed to bring in more diapers and wipes. And apparently, the last report said it was about that time. However, Heather never had a chance to even read it.

“I’m a single mom with a full time job and two very young children,” she wrote in her Facebook post. “SUE ME FOR NOT READING THE REPORT EVERY SINGLE DAY.”

She went on to explain how it wasn’t like she was being hounded and carelessly kept forgetting…she wasn’t even told once in person. “Keep in mind, I see several teachers at drop off and several at pick up, if I failed to see that he needs diapers a simple, ‘Hey Heather, your son needs diapers maybe you missed the report’ would have done the trick. From any of the many teachers there I see daily,” she said.

Even after scrubbing several times, Heather said the marker on her son’s belly was barely budging.

“I’ve scrubbed it with several baby wipes and it’s not coming off,” she said. ”I had plans to take them to the beach to play, and now I can’t because my son has writing all over him.” Of course, moms everywhere banded with Heather and agreed with how furious she was.

With more than 22,000 reactions and 30,000 shares on the post, the situation has certainly gained some attention. the Florida Department of Children and Families and the Early Learning Coalition of Southwest Florida in Fort Myers are also investigating the incident.

To hear more on this story, as well as to hear from Mom herself, check out the video below!

What would you have done if your child came home from daycare like this?