Lori Loughlin Is Now Facing Up to 20 Years In Prison

We grew up with the show Full House, and we fondly remember Lori Loughlin playing Aunt Becky. We’ve savored every moment of the new series Fuller House too, and in-between, we were known to watch her Hallmark movies and series.

Now, things have changed. After it came to light that Loughlin reportedly paid $500,000 to get her daughters, Olivia Jade and Isabella Rose, into USC, Hallmark Channel has cut all ties with her including stopping production on any movies she was cast in, and Fuller House has dropped her from the final season of the show.

Loughlin still wasn’t freaking out. She seemed to think that she would somehow skate by and never even see the inside of a jail cell. Now, that has changed too. 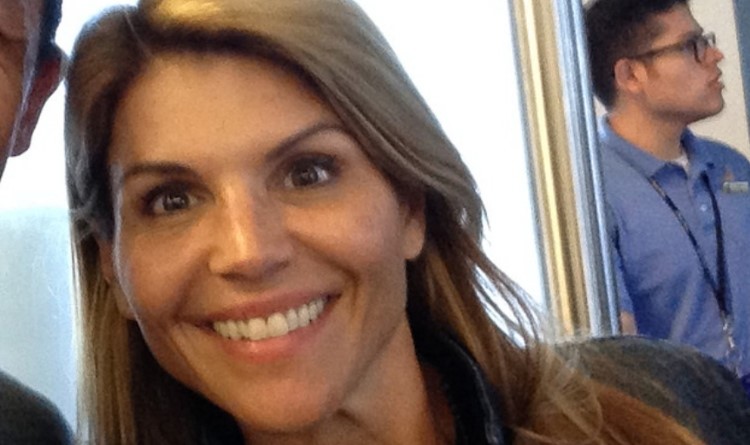 Loughlin and her husband, fashion designer Mossimo Giannulli, have refused to plead guilty, and they could each face up to 20 years in jail. Loughlin was trying to keep her life as normal as possible and even signed autographs for supportive fans, but now she hardly leaves her Bel Air home because she’s trying to avoid the paparazzi.

Inside sources told E! News that Loughlin is freaking out and finally realizing just how serious the crimes she committed actually are.

While many of Loughlin’s friends want nothing to do with her. Her best relationship right now is probably the one she has with God. An insider told E! News, “She is very faith-based, and she knows her faith will get her through this.” We know we would be praying hard if we were in her situation.

Even her relationship with her husband is strained. A source told E! News that “There’s a rift between Lori and Mossimo. He is completely mortified by this whole thing and she is putting on a happy face and acting like everything will be OK.”

Not everyone has turned on Loughlin though. Her Fuller House costars seems to be sticking by her side. At the 2019 Kids’ Choice Awards, Candace Cameron Bure said, “Where there’s a lot of heart, there’s a lot of love—and a loving family sticks together no matter what. They stick together through the hard times, they support each other, they encourage one another, they pray for each other, and they stand by their side no matter how tough it gets.”

Bob Saget agrees. He told reporters, “Candace said it really good at the Kids’ Choice Awards. You love who you love.”

For more about this college admissions scandal and the charges that Loughlin faces, watch the video below.


Do you think Lori Loughlin deserves 20 years in prison for the crimes she committed? If you were her friend, would you stick by her side?