Thanks to the COVID-19 pandemic of 2020, weddings for the foreseeable future are looking quite different than they used to. While some people are choosing to postpone or even cancel their weddings, others are carrying on with in-person celebrations, just with safety measures in place, one of those being limiting the number of people who can attend. That way, the virus has less of a chance of spreading.

However, the latter can cause some upset feelings if you don’t choose your guest list right. And one bride took to Reddit to explain how she felt.

You see, this anonymous bride chose her best friend Amy to be her maid of honor in her own wedding. She said they’ve been friends for more than 15 years, so it was an easy choice.

Amy is also engaged and set to be married in October. However, decided to only ask siblings to be in her own wedding party. The bride posting to Reddit explained that Amy “has a ton of friends and said she didn’t want to hurt anyone’s feelings, which [she] respected.”

Well, Amy recently decided that she was going to move her wedding from her venue to her parent’s backyard so she could have it in the open air. She also decided to cut down the guest list—and that DIDN’T include this bride.

“She apologized profusely and told me they had to limit it to 25 people for safety reasons, but my fiancé and I would still be able to watch the ceremony via live stream,” the bride wrote. 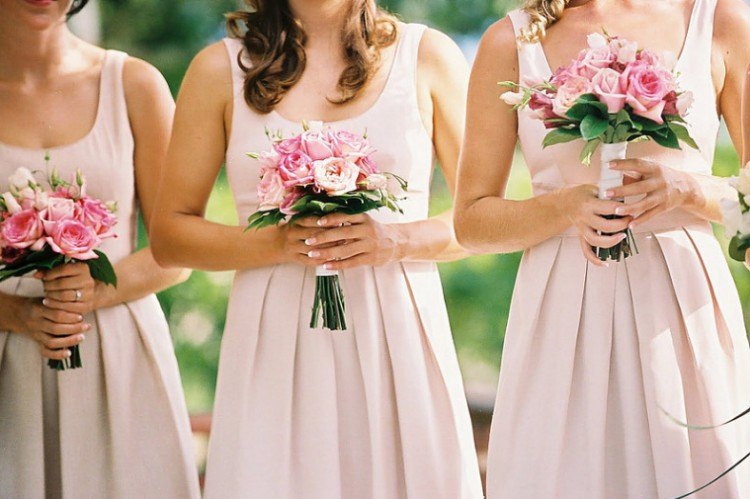 Understandable, right? That is, until this poster saw someone comment on Amy’s Facebook about how she couldn’t wait to be there on Amy’s wedding day.

“I asked Amy about this, and she got embarrassed and said she was really sorry, but she only had space to invite five friends and it was a really hard decision,” the poster wrote. “She swore she did think of me as a close friend and said there were lots of good friends she hadn’t been able to invite either, and she felt terrible about it. She did seem genuinely sorry and upset.”

Of course, her friend was absolutely crushed. “It would never even have occurred to me that I’m not even in her top FIVE closest friends,” she said, adding that she felt like she wanted to ask Amy to step down as her maid of honor.

The people of Reddit had mixed opinions, ranging from Amy being a complete jerk to cutting her some slack (COVID weddings are not easy!). Many readers also agreed that what this bride is going through is not easy and she has a right to be upset.

What do you think about Amy’s decision to not invite someone who made her a maid of honor? How would you feel in this bride’s position?