Most fans of the 1980s hit Full House fans know actress Jodie Sweetin as little Stephanie Tanner and actor John Stamos as her cool Uncle J. But what some don’t know is how close of a bond the two share in real life.

The two are so close, in fact, that Stamos recently revealed that Sweetin was his guiding force in helping him fight an addiction problem that he kept under wraps for many years.

The disclosure came at a recently award ceremony called “Writers in Treatment” for Sweetin. Sweetin was receiving the organization’s Experience, Strength and Hope Award that night for her candid 2009 memoir, “unSweetined,” and her work in the recovery community—and Stamos was there to support her in every way.

Most people know that Sweetin suffered with drug and alcohol abuse for several years due to the highly publicized media coverage surrounding it. The 37-year-old actress has been sober for eight years and counting. But not only has she helped herself better her life, she’s also worked to help others—including Stamos’.

Stamos shocked everyone with a scary story to begin his speech during the event. “It took me a long time, a long time disappointing everyone who cared about me, culminating in a terrible DUI where I could have killed somebody,” he said. “I hit rock bottom.”

He then talked about how Sweetin was basically the only one who undersood how to get through to him and help him with his struggles. “Jodie lovingly allowed me to walk my own path and when I finally humbled myself to ask for your help, I realized that the perky little blabbermouth had become the master of wisdom and was right by my side during some of the most difficult days of my life,” he said. 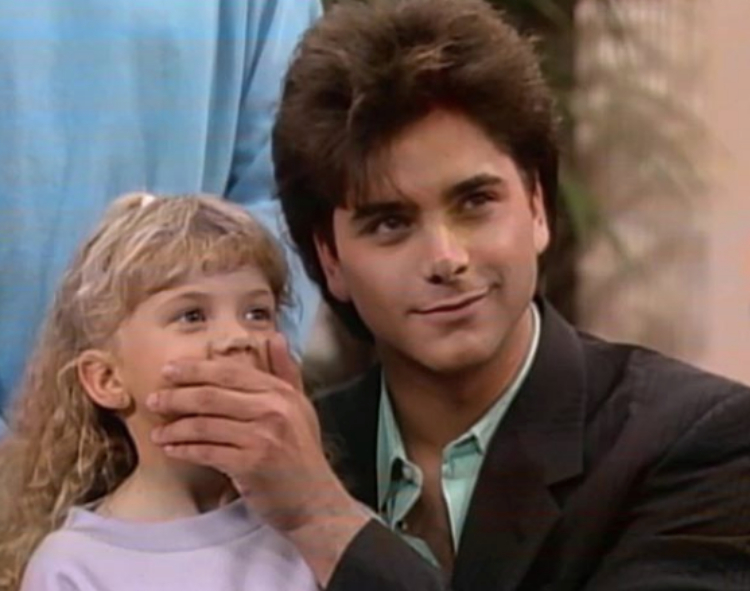 “Jodie lovingly allowed me to walk my own path and when I finally humbled myself to ask for your help, I realized that the perky little blabbermouth had become the master of wisdom and was right by my side during some of the most difficult days of my life,” Stamos continued. “Most importantly,” Stamos added, “you were there for me and I will never ever forget that.”

Specifically, Sweetin had organized 12-step meetings at Stamos’ home and even while on the Full House’s set. And that “perky little blabbermouth certainly wasn’t saying “How rude” or anything of the sorts along the way.

At 55, Stamos only recently got married and had his first child—and credits Sweetin for finally getting him to that point in his life. “Thank god, my wife and my new son will only know me as a sober husband and father,” Stamos said. “This is Jodie’s legacy in my life.”

To hear more about their love story, check out the video below.


As for Sweetin, she couldn’t be more proud of her TV uncle for all that he’s accomplished in her life. “It’s been the greatest thing to watch someone that you love have the light come back on again,” Sweetin said.

How sweet is the loving relationship between these two? Did you have any idea that Sweetin helped Stamos so much in such an amazing way?