If you haven’t noticed, actor John Stamos, most famous best known for his role as Uncle Jesse on full house, has been in the news a lot recently.

Back in October 2017, he got engaged to model and actress Caitlin McHugh in Disneyland after dating for about a year and a half. The two got married less than four months later, on February 3, at a beautiful backyard wedding at his home in Beverly Hills, California. Caitlin was seven months pregnant at the wedding (and still looked as stunning as ever of course).

After the wedding, in the last two months, the two have been preparing for the birth of their son, and on April 10 at approximately 8:52 p.m., he officially made his arrival. Say hello to their first son, William Christopher Stamos. Have mercy! 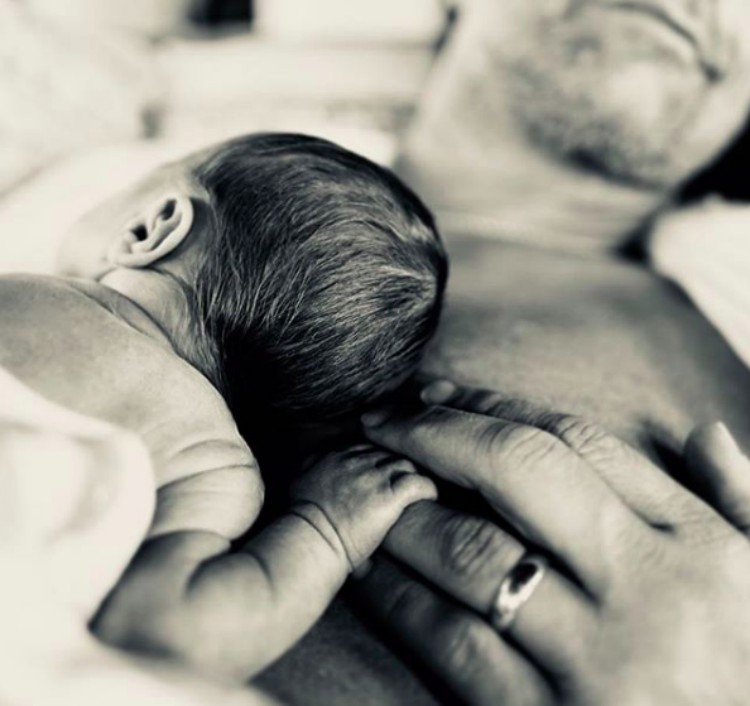 Stamos announced the birth on his Instagram with the most perfect picture of the newborn lying on his chest holding his ring finger, displaying his wedding band (above). He captioned the photo:

“From now on, the best part of me will always be my wife and my son. Welcome Billy Stamos (named after my father) #NotJustanUncleAnymore #Overjoyed”

Did the first hashtag kill anyone else? #dead

Besides mourning the loss of his Uncle Jesse status, other important info we gained from the caption: His son is named after his late father, which is honorable in itself as he died in 1998.

Stamos was very close with his father, as well as his mother, who has also passed.

“It kills me that my parents aren’t here to be part of this, but I know it probably wouldn’t be happening if they weren’t up there,” he told PEOPLE Magazine previously.

He also told PEOPLE in an interview when he just found out that they were pregnant that he always wanted to be a father. At 54 years old (Caitlin is 31), he said he finally feels prepared for the job. 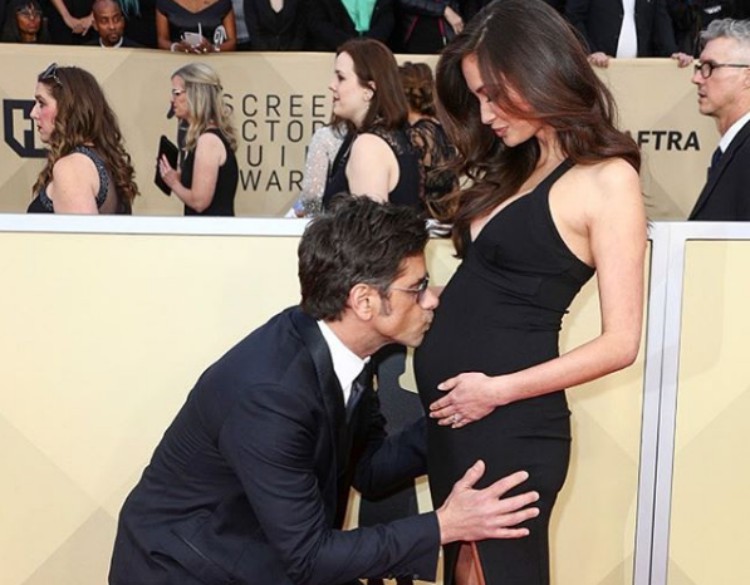 “The look on John’s face when I told him we were pregnant was priceless. It was the look of a man who has wanted a family of his own but wasn’t sure it was going to happen for him. Now it is!” Caitlin told PEOPLE.

“I’ll be a fun dad. I’ve been practicing for a long time,” John joked to PEOPLE. “I’ve done every schtick you can do with a baby on TV… all the bits and jokes and diaper gags. I’ll probably just do all that stuff.”

Since Stamos is so known for his Full House days, what do the other cast members think of him becoming a dad? Jodie Sweetin, who played Stephanie Tanner on the show, told PEOPLE in a recent statement: “I am so thrilled for John and Caitlin! He’s been such an amazing part of my family for over 30 years, and to see him so happy and blessed with a beautiful little boy is wonderful. The entire FH family is over the moon and we can’t wait to meet little Billy!”

Can you believe Uncle Jesse is officially a real dad? We can’t wait to see how Billy grows—we’re thinking he’s going to have his dad’s awesome hair. Who do you think he likes like most?