Picture someone you know with a long, bushy beard. Now try to picture them without that beard. It’s hard to imagine, right? Seriously, think about it—if Santa Claus shaved his beard, he wouldn’t even be recognizable!

That seems to be the case with most men with beards. The longer they have the beard, the weirder they might look if they shave it. It can make such a drastic difference in appearance that it could even affect the people around you.

Actor Jason Momoa recently shaved his beard and we’re honestly a little speechless. He looks so unlike Jason Momoa now that we don’t even know if he can really claim to still be Jason Momoa.

If you don’t know who Jason Momoa is, he’s known for his roles in the DC Extended Universe, playing Aquaman. The series begins with the 2016 superhero film Batman v Superman: Dawn of Justice, and he’s also in the 2017 ensemble Justice League and his 2018 solo film Aquaman. He’s also in Game of Thrones.

Not only did Aquaman shave the beard, he posted a YouTube video of himself completing the act. In the clip, he and a friend walk into a desert each holding a set of clippers. As they begin to talk about saving the planet and all that good stuff, they begin to shave away at the scruff on their faces. 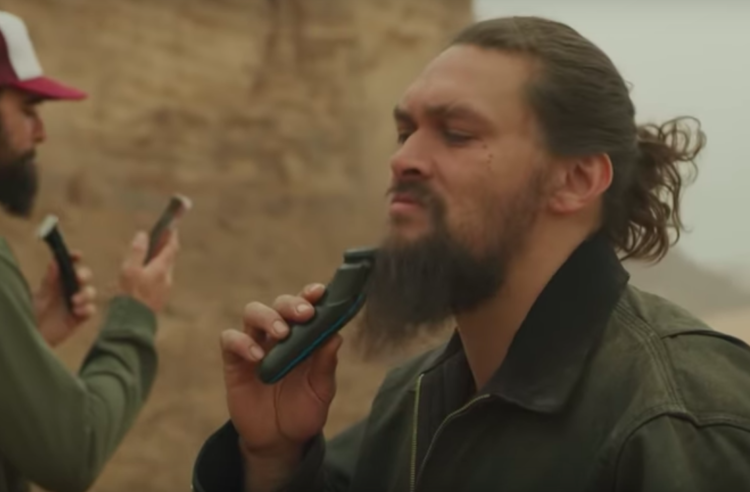 People all over the Internet are pretty shaken up by Momoa shaving his beard.

“Jason Momoa has shaven off his beard. We’ve arrived at an interesting point in our relationship and would be extremely grateful if you could respect our privacy during this trying and emotional time. Tysm,” someone joked (or half joked).

“I know the redacted Mueller Report is out today, but please don’t let that overshadow the news that Jason Momoa shaved his beard” someone else said.

Okay so the video in which Momoa is shaving off the beard is actually for a good cause—the shaving was just a side note, apparently.

The goal of the video is to help people understand that plastic is killing the Earth, and aluminum is much better for the environment as its recyclable. It was also to draw attention to a new line of canned water that he is helping launch with the Ball Corporation.

“Goodbye DROGO, AQUAMAN, DECLAN, BABA! I’m shaving this beast off, it’s time to make a change. A change for the better…for my kids, for your kids, the world. Let’s make a positive change for the health of our planet. Let’s clean up our oceans and our land. Join me on this journey. Let’s make a switch to INFINITELY RECYCLABLE aluminum. Water in cans, NOT plastic.”

Okay, that’s great and all, but we’re really distracted by his new baby face. See for yourself what he looks like now without a beard in the video below. Just make sure to fully emotionally prepare yourself.

Are you affected by Momoa shaving his heard or are you more of like, “why is this news”? Do you know anyone who shaved their beard and looks like a completely different person?