You Have To Hear This Santa Clause Look-Alike Sing!

Christmas clearly came early this year, everyone! Santa Clause has come to town – or, at least, he’s come to the X Factor USA. Denny Smith might not be Santa Clause himself (or is he…?) but he certainly looks like him. This California preacher and spot-on Santa look-alike has spent years listening to strangers on the street say, “Hey, Santa!” But what nobody truly knows is that this kind man has a secret talent; he’s an amazing blues singer!

Denny was a contestant on the 2013 season of the American X Factor and he was above and beyond the fan-favorite of the season. And for good reason! Denny not only sings his heart out on raspy rock and roll numbers that make you think of rock icons, but he has an amazing stage presence.

At 71, Denny has been performing and chasing his music dream for decades. That experience on the stage reads loud and clear. Denny Smith OWNS that stage. He has soul, power, comfort, and fun in every performance – he’s just downright fun to watch! The crowd certainly seems to agree, they can’t get enough of Denny! And neither can we. 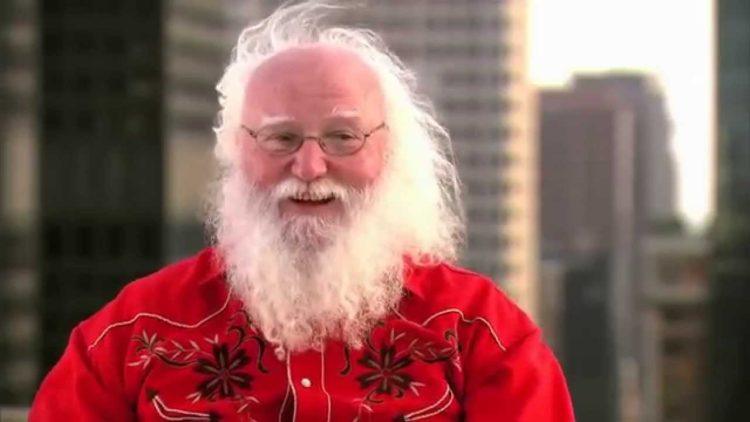 The X Factory USA
During the Four Chair Challenge, this clip shows Denny’s performance that will determine if he stays in the competition or not. Although we sadly know how this season shook out already, it was still a pleasure to be able to see Denny’s incredible performance of “The Midnight Hour” by rock and roll master Wilson Pickett.

We think Pickett would have been proud! Denny has an amazing baritone voice that is extremely soulful, he’s got that raspy growl that we all love about rock and blues singers, and he is working that stage. Almost instantaneously, the crowd begins clapping along and the judges look absolutely delighted! They’re looking around at the jazzed crowd like they can hardly believe the enthusiastic reaction.

Once Denny has finished his number, the crowd erupts into applause! The judges (for the most part) are beaming, and they don’t waste a moment to tell Denny how much they love him as a performer. However, with this particular challenge, it isn’t up to all the judges or the audience if Denny stays or goes – it’s up to one judge. In this case, judge Kelly was in the hot seat.

In his defense, Denny told the judges that he wanted to be on the X Factor more than anyone there and that he would work the hardest. His passion is so obvious and inspirational…and it kind of breaks our hearts.

Sadly, with much difficulty, Kelly decided to send Denny home. It was obviously a difficult decision for her to make, which was only made worse by the audience reaction. The crowd broke out into the loudest chorus of boo’s ever heard on the TV show and the judges were looking at Kelly in complete shock. Simon even asked Kelly what was the matter with her! Simon, of all people.

An audience member who was at the recording of this episode said that Kelly was in tears after the audiences’ powerful reaction and begged the producers to keep him on the show – however, the producers said they couldn’t do that, as she had already made her decision.

As sad as we are for Denny, we feel bad for Kelly, too! That must have been a tough call and a rough few days afterwards. But as for singing Santa, we hope Denny is keeping on his dream of singing. His talent deserves to be shared to the world, no matter his age!

What do you think of singing Santa Denny Smith? Share your thoughts in the comments section below.