If you have a teenage son or daughter, they probably have their own cell phone. That way, you never have to worry about them since you can always get in touch with them with the click of a button…right?

Well, sometimes. If only teenagers were good at responding to texts from their parents! Their friends? Sure—they’re talking to them nonstop. Playing games on their phone? Constantly. But if Mom or Dad sends a message, they may be much more apt to ignore it.

This was the case for one dad, Nick Herbert. “My son has an iPhone, but I still can’t get hold of him very easily as it’s always on silent because he is planning games or has been at school and forgotten to turn the sound back on,” he said.

Nick searched around for a solution to this common problem, but he didn’t see anything he could do or use to get his son to answer his texts quicker. “There didn’t seem to be a solution out there that allowed me to send a message to him, that would override the silent function, appear over whatever he was doing and tell me when he had seen it,” he said.

So, did what any determined dad would do. He took matters into his own hands and created his own mobile app, ReplyASAP, which cures worried parents everywhere. 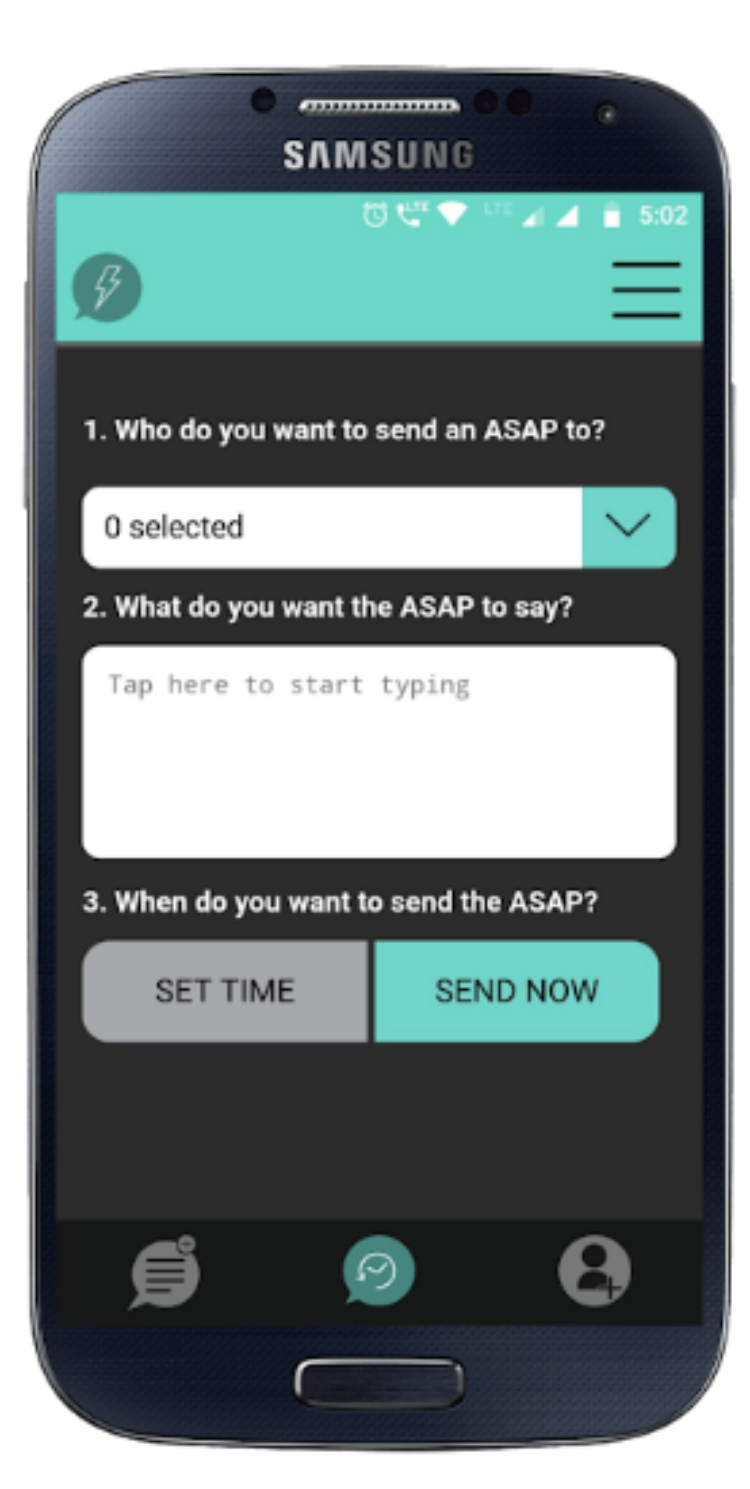 When in use, ReplyASAP freezes a phone’s screen and sounds an alarm whenever the teen gets a text from a certain person (aka, their parents). That way, they’re practically forced to send a reply! It also alerts the parent when their teen has seen the text.

“It gives [my son] the freedom to keep his phone on silent, but with the knowledge that I can get a message to him if necessary,” Herbert said.

The key is making sure you don’t overuse it, or else that won’t be fun for anyone. If you only use it when you absolutely need to hear a reply, it shouldn’t go over poorly, even for a hormone-raging teen. “He knows when to use it and when I send him a message on it, it will be important.”

Besides just being great for less worried parents, the app has tons of other exciting uses: “Changing your order when your friend is getting the drinks in at the bar, to finding your phone when you’ve misplaced it at home, to work situations when you need to get hold of work colleagues quickly,” Herbert said.

Right now, the app is available for Android users in the U.S. only, but hopefully soon it’ll be added for iPhone users to access, too. You can download it for free here.

Want to know more about how it works and how you can apply it to your own life? Check out the video below! Are you the parent of someone who doesn’t always respond to your important texts? Could you benefit from this innovative app? If you already use it, tell us how it works for you!