Wanting To Have Children For Decades, 74-Year-Old Woman Gives Birth To Twins

They say the older you get, the harder it is to conceive a child. However, we’ve seen plenty of 40, 50 and even 60-year-old moms in our lives thanks to modern day technology and medicines. That said, what about a mom in her 70s?

It truly is unbelievable what the human body can do, and Mangayamma Yaramati proves that. The 74-year-old woman in Andhra Pradesh, India has recently given birth to not one but two girls—that’s right, a set of twins. Her children are healthy and doing well.

The twins were conceived using in vitro fertilization, or IVF. Because Yaramati had already undergone menopause, she used a donor’s egg that was fertilized with Rajarao’s sperm before it was implanted into her.

You might be wondering what was pregnancy like for a 74-year-old. It has to have been a struggle, right? After all, we hear about young pregnant woman enduring severe morning sickness and fatigue all the time! 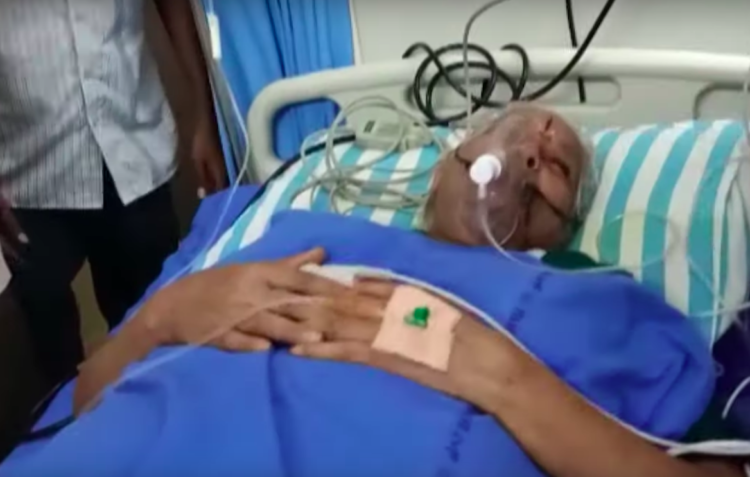 Surprisingly, the doctor who delivered the babies, Sankkayala Uma Shankar, said Yaramati didn’t undergo many struggles, if only minor ones. “The [pregnancy] was smooth. There were no complications,” Shankar said. ”She only had respiratory issues, but that was taken care of.”

It seems like a modern day miracle, doesn’t it? Maybe so, but doctors say, while the pregnancy is certainly not your typical one, more and more older women or women with complications and struggling with infertility are becoming able to get pregnant thanks to all the advances in the obstetrics world.

“By turning to egg donors, as Yaramati did, women are able to carry babies at an advanced age,” explains Shannon Clark, a professor of maternal and fetal medicine at the University of Texas Medical Branch at Galveston.

We know what you’re thinking—has anyone older than 74 given birth? The answer is no. That’s right, Yaramati holds the title for the oldest person in the world to have given birth! The closest was Daljinder Kaur, another Indian woman who gave birth when she was 72.

Of course, not everyone thinks becoming a parent at an old age is such a blessing. Some argue that it isn’t fair to the child. After all, in Yaramati’s case, her babies will turn 10 and she will be 84. And when they’re 20, she’ll be almost 100! However, some argue that any child is a miracle and it’s important to be happy for the couple.

Whatever side you’re on, you can learn more about the story—including how she delivered and how long she was in the hospital, and to hear from the couple themselves, in the video below.

Can you believe people in their 70s are able to give birth to healthy children? Could you imagine doing the same? What are your thoughts on people of this age becoming parents?