Casey King is just 34 years old, but he has no job, no money, and lives at home with his father. The reason? He weighs over 700 pounds and can’t fit into even a pair of underwear.

The problem is, Casey has gotten so used to living the way he does that he just shrugs it off, saying, “I’ll eat ‘til I’m dead.”

His story was recently featured on TLC reality series called Family by the Ton, which follows morbidly obese families who are in desperate need of losing weight.

On the show, Casey revealed what a typical day for him consists of: waking up around noon, eating, playing video games, watching TV, eating some more, and going to bed. 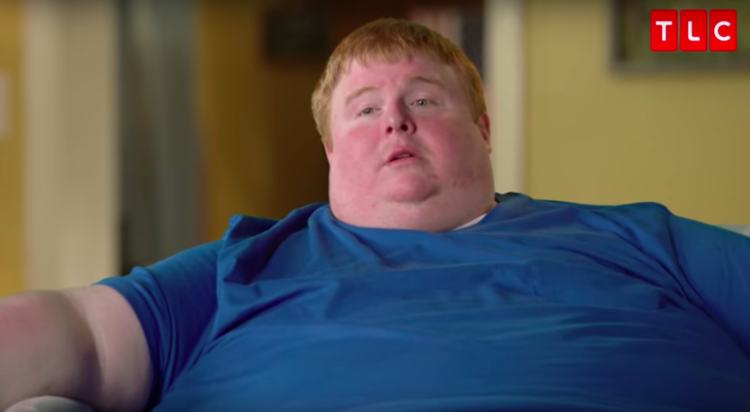 “I’m accepted in all those virtual reality worlds and the gaming world I’m in,” he says. ‘No one sees me. That is my outside. That is my world that I can be the Casey I want to be, but not be judged on my weight.’”

Casey’s weight gain wasn’t something that was completely unexpected. He says that he’s been big most of his life, from when he was a kid all through his high school days. He progressively just continued to eat his way through the years. And now, he rarely gets movement, if any, and shovels everything from fast food to Japanese cuisine into his mouth, day after day.

“Me and my dad would get hibachi delivered, sushi by the barrel. I mean, just anything you wanted to eat, we were getting,” he explains. 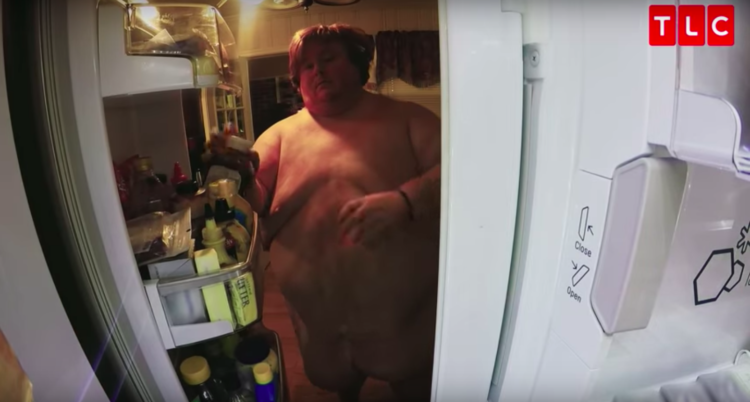 “I have to lift up literal pieces of skin. It’s just a super difficult process,” Casey says. “Because I am a bigger guy with, like, folds and flaps, I have to move around, almost like a pig in a way, and wallow and roll over to get the back of my leg.”

People might wonder how Casey’s father allows him to live like he does and wait on him—he even has to wipe him after he goes to the bathroom because he can’t reach there himself!—but of course it boils down to him being his son and he loves him.

“It gets old, and I get tired of it. He should be more active, but he’s not. He’s just there,” his father says. “I wait on him hand and foot, and I shouldn’t do it, but I do. I love him to death. He’s my son and I feel obligated to wait on him.”

To hear more from Casey himself, check out a clip from the show below.

What do you think of Casey’s philosophy on life? Do you have any tips for how he can start making a change?