Simon Cowell is known for being a music aficionado. The current America’s Got Talent judge truly knows the perfect pitch when he hears it—but he’ll also let you know if he hates your voice, especially when he was known for being the rude, crude one if you knew him back in his American Idol days.

The thing is, no one really knows that Simon struggled with weight gain in the midst of his career. Naturally, being in the spotlight all the time can cause stress—and a lot of eating out. So inevitably, Simon’s unhealthy lifestyle eventually caught up with him.

Okay so he was never quite obese or anything. But when Simon was in his late 50s, in 2017, he realized that he put on a lot of extra weight that wasn’t making him feel too good.

But it was when he fell down the stairs at his home that he really knew he had to make a change. “Sometimes we get a reminder that we’re not invincible and this was certainly mine. It was a huge shock,” he told The Sun at the time. “They think I fainted because I had low blood pressure and so I have got to really take good care of myself to sort that out. After all, I am a dad and have more responsibility than ever.”

That’s right—on top of being a TV celeb, the guy also has a family he cares for, including a 5-year-old son. I mean, no wonder he’s put on some weight!

But that was it—Simon had had it. He began to research the best ways to shed some pounds, and he found that one of the best ways was to go vegan. So he slowly stopped eating meat and any animal products. In addition, he also stopped eating all of the obviously bad-for-you foods, like foods that are high in sugar and carbs. 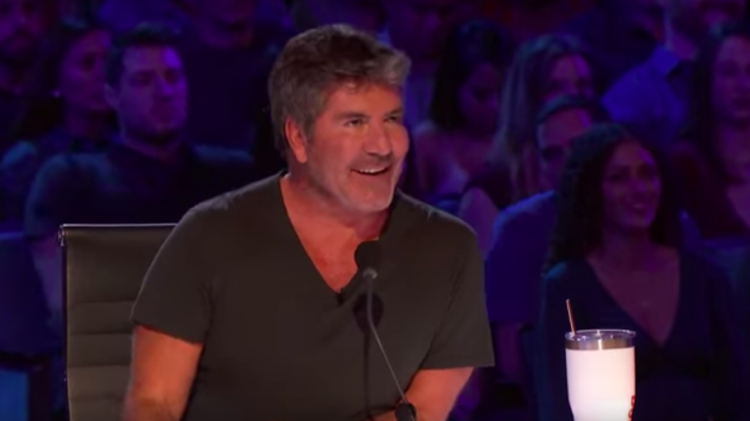 “I cut out a lot of the stuff I shouldn’t have been eating and that was primarily meat, dairy, wheat, and sugar,” Cowell explained. “If I was on a one-to-ten scale of being handsome, I was an eight and now I’ve gone to an 11.”

What does he mean by that? Since he started his new healthy lifestyle, Simon is down a whole 20 pounds and says he feels “much better” than he used to.

That being said, there’s still a huge struggle when it comes to cutting out junk foods, especially when you were so used to them. There’s one food he really misses that he’s cut out: Pizza. “That’s been really, really hard,” he said.

In addition to his diet, Simon has also eliminated beer and cigarettes to what he refers to as only “occasional” consumption.

That goes for his diet too. He allows himself one cheat meal a week so he doesn’t go completely crazy.

That’s pretty impressive that Simon was able to lose 20 pounds with a simple diet change, and still gets to enjoy some fun foods once in a while. Everything in moderation, right?

What do you think of Simon Cowell’s weight loss? What are your best weight-loss tips?