There’s been a bit of a yogurt revolution in the last decade or so. Namely, one kind of yogurt had a glorious rise to fame: Greek yogurt. Faster than any of us would realize, Greek yogurt became the new healthy, trendy snack, packed with protein and less fats or calories than regular yogurt.

Honestly, that fact has remained true right up into this year. Greek yogurt is still touted as one of the healthiest, most delicious snacks you can choose, especially over regular old yogurt.

Now we’re certainly not questioning whether or not Greek yogurt is delicious. It OBVIOUSLY is. No doubt about it. But what we can’t help but wonder is this: is Greek yogurt really that much healthier than regular yogurt? Or was that all clever marketing and deliciousness clouding our judgement?

Well, clearly we weren’t the only people hungry for answers, because Howcast made the video we’ve been waiting for — a comparison of Greek and regular yogurt, especially from a nutritional standpoint. 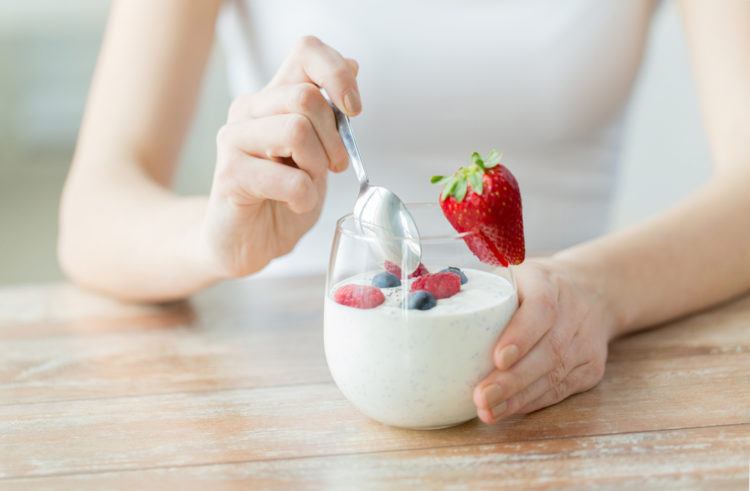 Holistic nutrition expert, Alex Jamieson, explains in the video below what the true difference between these two yogurts is. Essentially it comes down to how the yogurt is processed. As it turns out, Greek yogurt is strained more thoroughly than regular yogurt, taking out more water and lactose than normally strained yogurt.

This lack of lactose is what makes Greek yogurt easier to process, even for people who don’t have a severe lactose intolerance.

But does this straining add any benefits or take away any flaws that differentiates it from regular yogurt? As it turns out yes, and we highly suggest that you watch the brief Howcast video below to learn why this extra-strained yogurt still reigns supreme.

The good news is, for people who are severely lactose intolerant, there are so many options out there in the yogurt market in BOTH categories. For both regular and Greek yogurt, you can find coconut-based options, which taste delicious and won’t bother anyone with a diary intolerance.

What do you think of this interesting difference between Greek and regular yogurt? Do you prefer one over the other? Share your thoughts in the comments section below.