The Difference Between Yams and Sweet Potatoes

Sweet potatoes and yams are essentially twins in the root vegetable world. If you’ve ever mistaken one for the other, trust us, you are not alone. Their oblong shape, coarse outer skin, and brownish color are almost identical.

So then the real question is…are they interchangeable?

Well, as similar as they seem, yams and sweet potatoes are not the same. To be clear, a yam is not a type of sweet potato, nor is a sweet potato a type of yam. They are two different root vegetables that just happen to look very similar.

However, if you look beyond the first glance, you’ll might notice some differences between the two veggies that will help you determine which is which. And, especially for the calorie-counters among us, knowing this distinction can be crucial in your cooking. 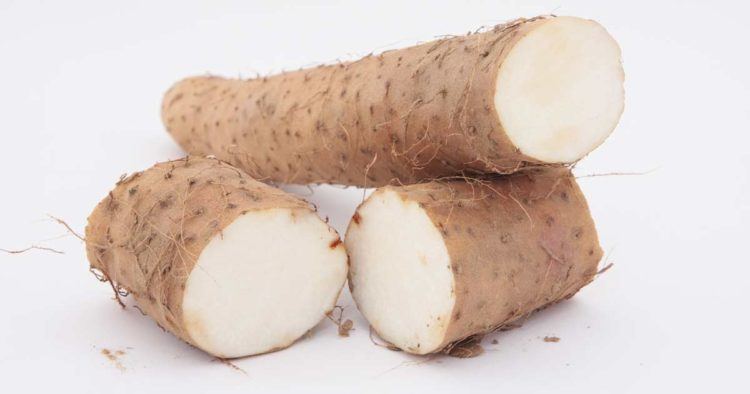 Originally from Africa and Asia, yams have darker, brownish and sometimes rougher external skin. Internally, their flesh is whiter in shade and dry in texture; because of this dryness, yams typically required more oil, cream, or butter when cooked.One of the biggest fallacies in the “potato versus yam” debate is that yams are sold commonly in the U.S. Truth be told, most major groceries are NOT selling yams, but rather they’re selling sweet potatoes off as yams. Mind blown, right?

Although yams are grown all over the world (they can literally be grown in almost any climate) your best bet for finding a REAL yam on North American soil is at an international market or a farmer’s market. Most major chains are just dressing up a variety of sweet potato, which we’ll get into in a bit.If you do manage to get your hands on this veggie, congratulations! Yams are a sweet root, perfect for roasting as a delicious side dish, being diced up into a hearty yam stew, or candied with butter and brown sugar. 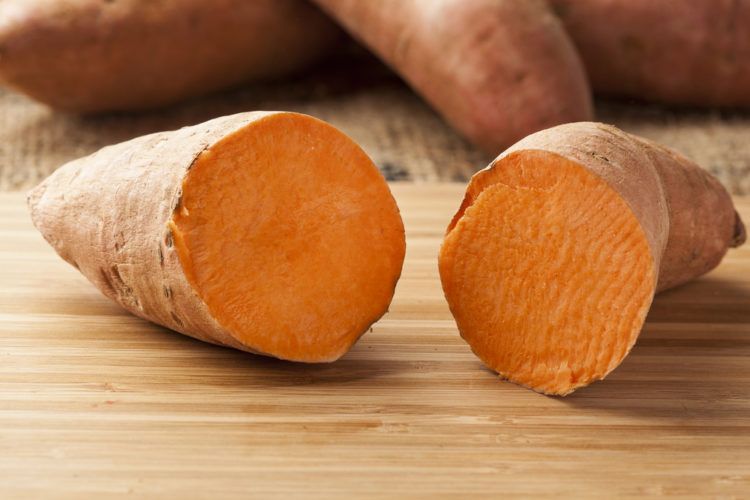 In comparison, sweet potatoes have a lighter skin, with tapered ends, and a light yellow to deep orange flesh. There are actually are two different types of sweet potatoes, hard and soft varieties, which are dictated by the firmness of the veggie. Sweet potatoes hate the cold, so they’ll only thrive in warm, tropical climates, unlike their more adaptive twin the yam.

First introduced to the U.S. many decades ago, sweet potatoes have a naturally sweet taste (as you probably guessed by the name). As a result, you won’t have to add as much butter, oil, or cream in order to enjoy them. We highly suggest them baked, covered with a sweet maple glaze, or made into homemade french fries!

>
Although they both provide amazing vitamins and minerals, yams and sweet potato do have their differences in nutritional values. This can be critical when deciding which veggie to use in your cooking.

But if you’re a calorie-counter, sweet potatoes might be the way to go — they have more than 20 percent fewer calories than yams.

So What’s Being Sold as a “Yam” In Stores? 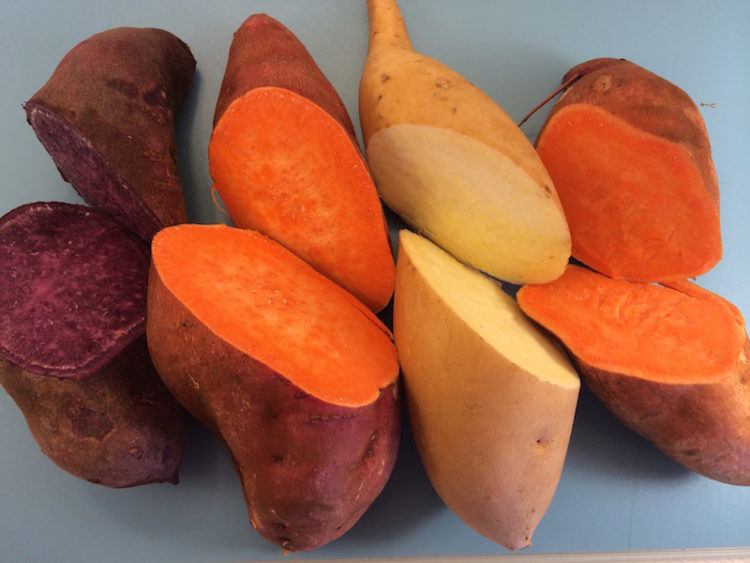 Considering the fact that yams aren’t very common in the United States, we’re probably all wondering the same thing: what is the grocery store calling a yam?

To shop smarter, and get the right veggie for the dish you’re looking to make, it’s important to get to the root of the difference. (See what we did there?)

The best way to distinguish them? Grocery stores will typically label these vegetables either a “yam” or a “sweet potato” by these qualities:

Bottom line: make sure you know what you actually want and need to buy for the recipe you’re making! From there, take a closer look at the vegetables in question with these descriptors in mind and choose your produce like the true foodie you are.