Summer is arguably one of the best times of the year—but it’s also one of the hottest times of year in terms of temperature. And if you have a dog, it’s important to keep that in mind, especially if you take them on walks outside on pavement a lot.

Pavement—as well as asphalt, wood, metal, sand, you name it—can rise to very high temperatures during the summer months. In fact, pavement temperatures usually well exceed what the actual temperature outside is.

For example, when the air temperature is 77 degrees, asphalt in the sun might reach 125 degrees. Don’t forget, you can fry an egg at 130 degrees, so keep that in the back of your mind!

Think of how if you were to walk outside barefoot, you’d likely do that little “ow, ow, ow” dance and run back inside for sandals to protect your feet. Well, the same goes for your dog’s paws, they just don’t know how to express it in an “ow, ow, ow” dance (though you might see them laying down or refusing to walk—that could indicate that they’re hot, not that they’re lazy). 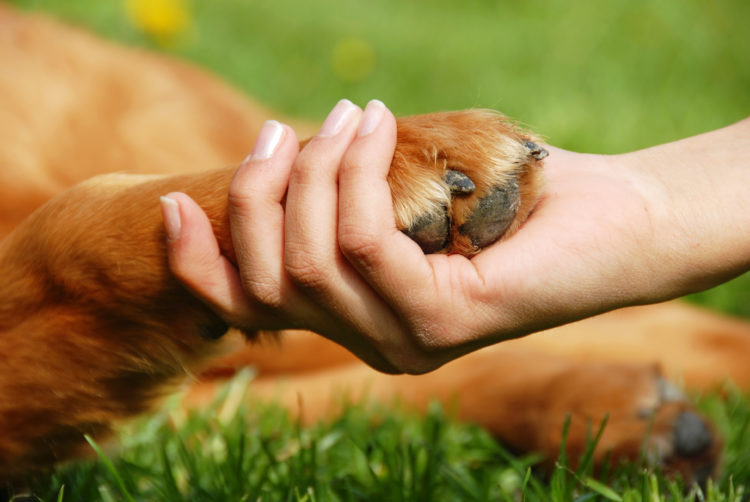 Here are a few ways to tell if the pavement is too hot:

If your dog does get paw burn, how can you tell? First, take notice of how they’re acting after a walk. Some signs they might be uncomfortable is if they’re limping, their paws have a pink or red tint to them or they have blisters, or they’re licking or gnawing at their paws an unusual amount.

To help treat a paw burn, try an over-the-counter doggie infection medication, pain medication, or try bandaging the dog’s paws. And definitely give your vet a call if symptoms don’t clear up in a day or two, or if your dog is suddenly acting a bit strange after a walk outside in the heat.

Has your pup ever experienced a burn on his paws before? What kind of precautions do you take to ensure your dog doesn’t get his paws burned?