Let’s face it, the older we get, the more we have to pay close attention to the food we put into your bodies. You can’t eat just ANYTHING anymore—certain foods can cause irritable side effects more than others.

At 97 years old, World War veteran Doug knew this feeling well. That’s why he pays a visit to his local Arby’s fast food chain in Arizona almost every single day.

“He comes in with a walker, as soon as we see him come to the doors, we try (to) grab the doors for him,” said Christina Garnage, the restaurant manager at the Chandler location that Doug visits every day.

After witnessing Doug come eat and sit along every day—eating the same thing at the same exact table—the employees at Arby’s began to wonder about why. So one day, they stirred up a conversation with Doug, asking him what keeps him coming back to the same location to eat the same thing day after day. 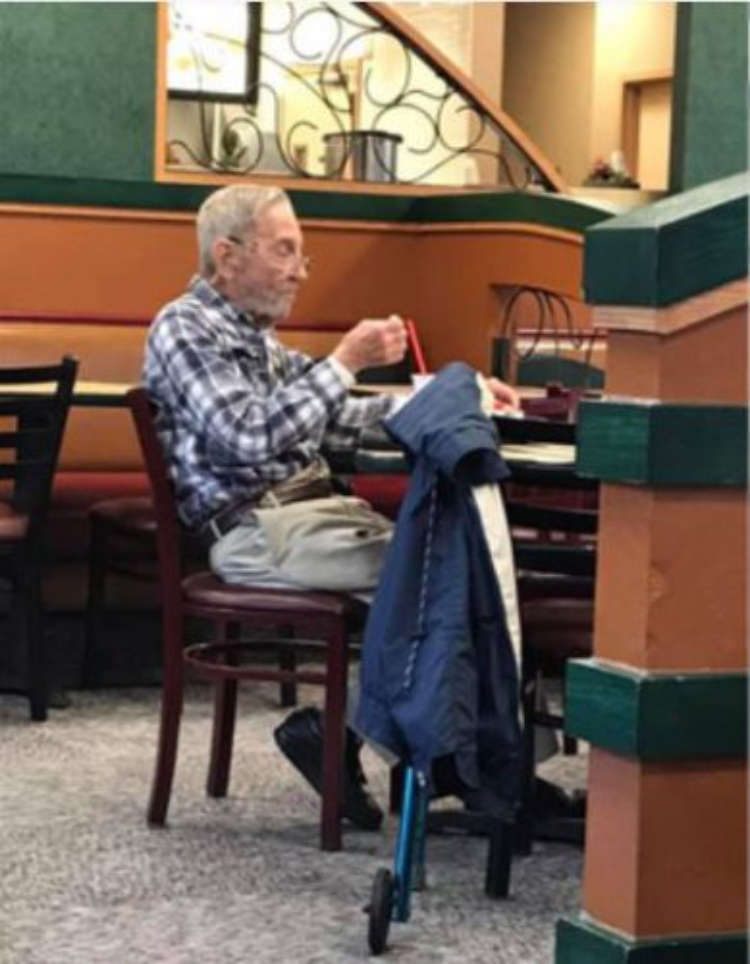 When we think of fast food, we might automatically picture greasy burgers and fries. But Arby’s is known for its sandwiches, namely its slow roasted roast beef, turkey, and premium Angus beef, which are sliced fresh daily.

His answer surprised them. “[It’s] the only place I can get a sandwich or get something or anything else to eat that doesn’t hurt my stomach,” he told them. Doug suffers from a stomach disorder, so Arby’s is one of the few meals he can actually eat without having any painful side effects.

There’s more—Doug doesn’t feel the need to cook for himself, or anyone else, since most of his family is gone. “He’s gone through a lot being a veteran, coming in, being in a retirement home, but he doesn’t have family,” Christina explained.

That really did it for these Arby workers—they knew they wanted to do something special for this man who gave so much back as a veteran and who might be feeling a bit under appreciated. So they decided to band together and present to him a gift. 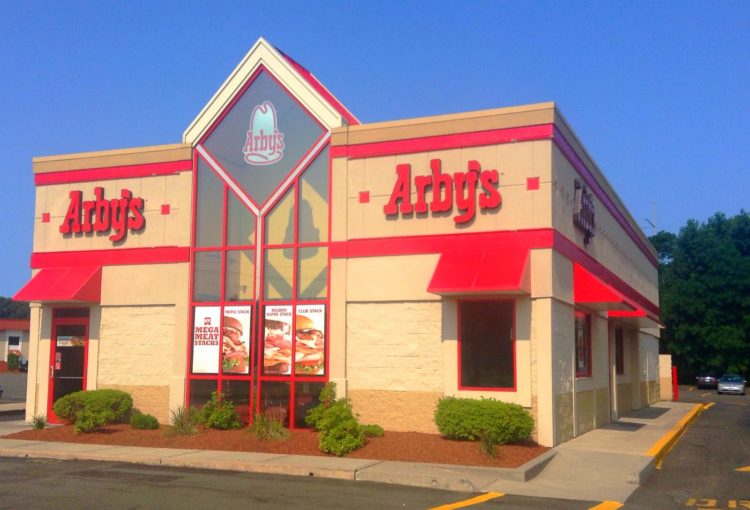 The next time Doug came in, they offered him a $200 gift card to show him that they care, as well as paid for his lunch that same day. On top of that, they all offered him their phone numbers if he ever wanted his food delivered, if for some reason he couldn’t make it to the restaurant.

Needless to say, Doug was blown away by his new Arby family’s generosity. He couldn’t believe these people could be so nice to him and was at a loss for words. “He was shocked, hardly had anything to say,” one manager said.

That’s when they decided to do Doug one better. They amped up the offer and offered Doug free Arby’s food—for the rest of his life. Now there’s an offer Doug surely can’t refuse!

To meet Doug and the Arby’s crew, and hear more about this heartwarming story, check out the video below.

How sweet is Doug and this gesture from Arby’s?