Keanu Reeves: If you haven’t seen the Matrix movies, you’ve still definitely heard his name before. But even though he’s a wildly popular and well-known celebrity, do you know what he’s like as a human outside of celeb status? A kind, genuine, wholehearted dude.

Most celebrities have a reputation for being stuck up or ignoring their fans—and we don’t even really blame them. After all, they probably get hundreds of people trying to contact them a day. It honestly must get kind of annoying.

But as popular as Keanu Reeves is, he’s always patient and kind with his fans, even going above and beyond in some instances. For example, one time he was riding the subway, and without hesitation, gave up his seat for a woman who was standing. A fan caught it on camera and it’s the most aww-worthy moment, especially since he has no idea anyone is watching.

There are actually tons of Keanu Reeves act of kindness stories out there, and recently a fan named James Dator recalled a moment he had with Keanu Reeves back in 2001. It’s probably our favorite Keanu Reeves story to date.

Dator took to twitter to explain a story that begins when he was working at a movie theater back when the Matrix came out. One day, none other than Keanu Reeves walked in. Sure, he was dressed a little strangely (wouldn’t you be?), but sure enough, it was the celebrity everyone was talking about.

“I’m working in the box office, bored as hell and suddenly this dude walks up in jeans, a leather jacket and a horse riding helmet. A full a#s, weird equestrian looking helmet. It takes me a solid 30 seconds to ignore the helmet and realize it’s Keanu Reeves,” Dator says. 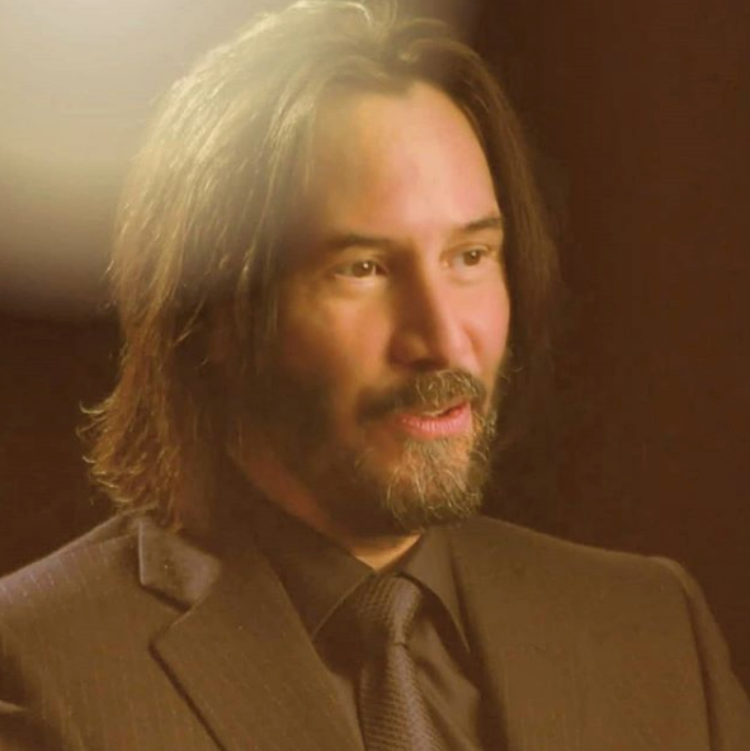 Dator took to twitter to explain a story that begins when he was working at a movie theater back when the Matrix came out. One day, none other than Keanu Reeves walked in. Sure, he was dressed a little strangely (wouldn’t you be?), but sure enough, it was the celebrity everyone was talking about.

Unfortunately, Keanu was confused more than flattered and told him that he didn’t work there so couldn’t accept the discount. Dator was so flustered that he just charged him full price, but was kicking himself later after not getting his autograph. However, a few minutes later, he heard a knock on the door behind him.

“I assume it’s my manager,” Dator says. “It’s Keanu. ‘I realized you probably wanted my autograph,’ he says. ‘So I signed this.’ He hands me a receipt from the concessions stand that he signed on the back. He then casually throws an ice cream cone in the trash can and sees his movie.”

“I realize later that he bought an ice cream cone he didn’t want just to get receipt paper so he could scribble his autograph for a 16-year-old idiot,” Dator says.

Could this story be any cuter? What’s the best Keanu Reeves act of kindness story you’ve heard before?