There’s nothing that says “fall” more than picking and cooking with apples, but sometimes we get so excited and pick so many that we run out of ways to enjoy them. Luckily, we’re adding a new, tasty, easy one to the list: Slow Cooker Baked Apples!

Yes, you read that correctly: we’re making baked apples with our favorite appliance! The result is an easy treat, stuffed with a beautiful brown-sugar-and-rolled-oat crumble and topped with caramel sauce, that captures all the favorite flavor of apple pie with less work. Watch how we make them, then read on for the full recipe! 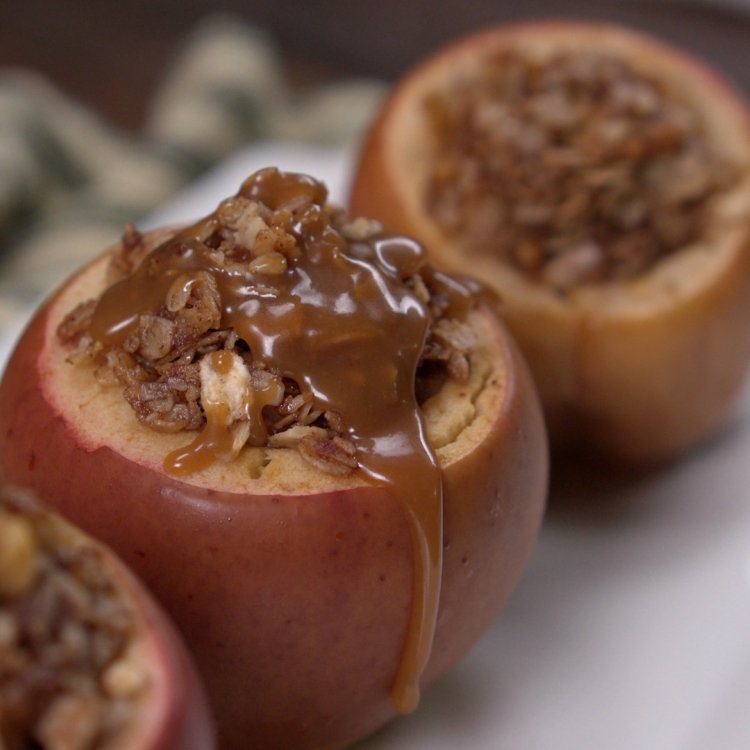 Just imagine how amazing your home is going to smell while these baked apples cook! It’s the ultimate fall dish, and of course, a fantastic treat for dessert, a snack, or basically any time of day.

So what do you think?! Will you try making baked apples this way? Have you ever made them in your slow cooker before? What other autumn treats would you like to see get the slow cooker treatment? Tell us if you try these and how they turn out for you!