Lorraine Schwar
Plastic surgery can be a great option for people who want to change something physical about their appearance. People undergo all types of plastic surgeries—from breast augmentation to liposuction and even reconstructing your entire face to look like someone else.

Take Sharon Osbourne for example. The 69-year-old TV personality decided to get a facelift in the fall, but the results were far from what she had expected.

First off, Osbourne says that the pain from the procedure was out of this world. “I had a full facelift done in October and I looked like one of those f—king mummies that they wrap [with bandages],” she recently told the Sunday Times. “It hurt like hell. You have no idea.”

After 5 ½ hours of torture, the result was absolutely “horrendous,” according to Osbourne.

It was so bad that she most certainly had to get it redone. And it wasn’t just her being picky. Even her husband, rocker Ozzy Osbourne, said that it had to be completed again, no matter the price. “I don’t care how much it costs, we’ll get it redone,” he had told her.

It wasn’t like this was Osbourne’s first rodeo. The former TV talk show host is no stranger to plastic surgery. In 2019, she went under to have her neck and howls done. “They kind of pulled it from the top of my head … but everything was just lifted up. So, it looks more refreshed,” she explained of the procedure.

Osbourne has also gotten her share of tummy tucks, breast reduction surgeries and more. In fact, there’s little that she hasn’t augmented with a plastic surgery.

“There’s not much I haven’t had tweaked, stretched, peeled, lasered, veneered, enhanced or removed altogether,” she had written in her 2013 book “Unbreakable.”

Don’t believe her? Maybe this photo of her and Ozzy from 1987 will change your mind! 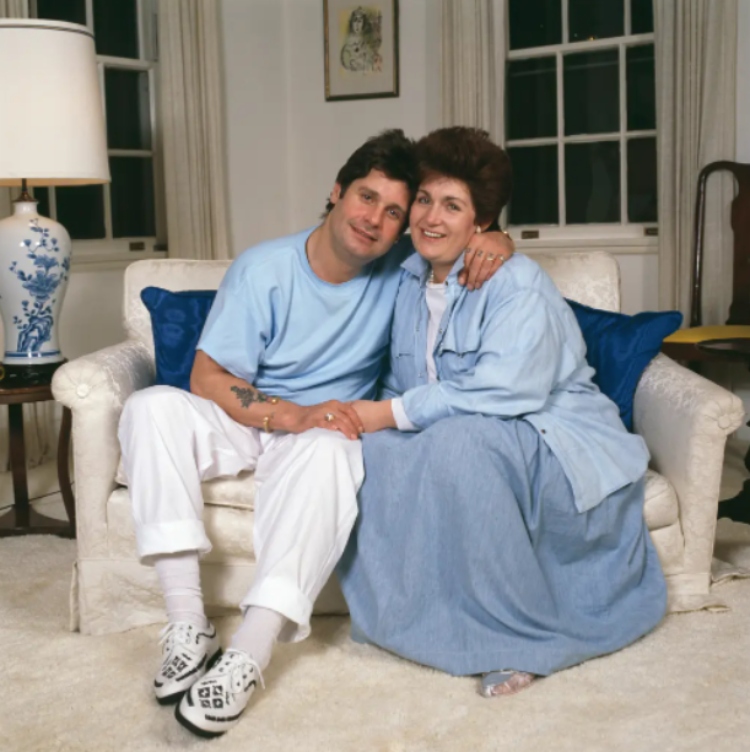 Can you believe this is Sharon Osbourne? Isn’t it crazy how plastic surgery can change so much for your appearance? What kind of surgeries have you or would you ever want to get?