If you ever need one of those nights of pure binging the Internet, then the “Am I The A-Hole?” thread of Reddit is your place. It’s  spot where people post their stories about all kinds of argumentative situations they’ve been in and ask whether they were wrong, or if they’re receiving flack for no reason.

There are some pretty interesting stories in there—and just recently, a post blew up for being one of the most controversial.

A waiter posted the story after he was met with a tough decision about what to serve one lady who came into his restaurant one day.

She was with a group of girls, who had just ordered their first round of alcoholic beverages. That was when the waiter overheard one of the girls say that she was “14 weeks along.” “It was clear to me that she was pregnant,” the waiter posted.

Even though the waiter was concerned that the pregnant girl shouldn’t be drinking, he did as he was told. But when the girls asked for a second round, he couldn’t allow himself to serve the pregnant girl more alcohol.

“This time, I went to the bartender and asked him to make one of them a virgin cocktail,” he explained in the post.

Drink after drink, the waiter continued to provide the pregnant girl a secret virgin drink, but the other girls alcoholic drinks. 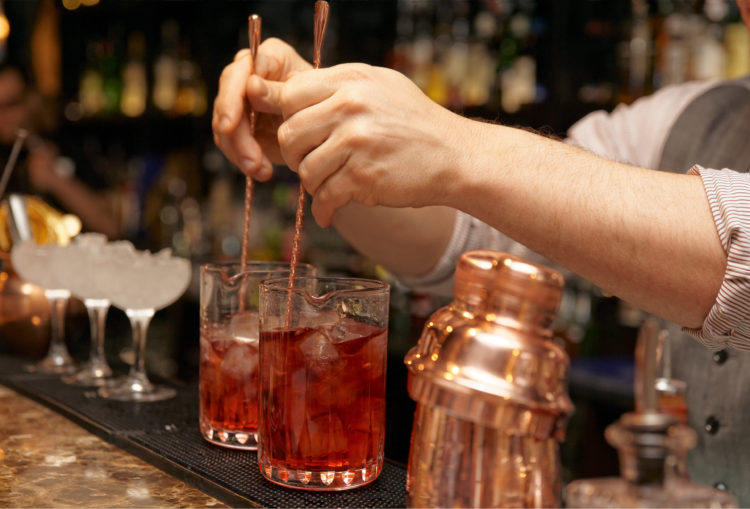 “I figured that since she didn’t notice, things were OK,” he wrote.

But things quickly became not OK when the check came out. The bartender had marked all of the pregnant girl’s drinks with the word “virgin” next to it on the receipt. Remember: She was ordering alcoholic drinks and had no idea she was being served ones without it.

No one in the group noticed at first—they all paid and even left generous tips, the waiter noticed. But the pregnant girl must have checked the customer copy of the receipt after leaving, and came back in to ask what the word “virgin” was about.

“I fessed up that it meant non-alcoholic. She ‘blank stared’ me for a few seconds and then asked if she had ordered a non-alcoholic cocktail.,” the waiter wrote. “I said no, but told her that I assumed she wanted one seeing as she was pregnant.”

The woman was furious and requested her tip back. The waiter obliged. She also talked to the manager, who “shrieked at [the waiter] until hoarse,” took him off the schedule, and scolded him for how much trouble he could put the restaurant in.

The Reddit crew has spoken, and opinions are mixed, though most people agree: The waiter is probably the a-hole here.

The general consensus seems to be that while it’s clear that the man’s intentions were good—of course he didn’t want to be responsible for any kind of hard to the potential pregnant woman’s baby—doing it without telling her probably wasn’t the best way to go about it. He could have at least asked if he head the woman right…right?

We’d love to hear your opinion on the situation! What do you think about how this waiter went about serving his drinks? What would you have done in the same situation?