Can you tell that we’re more than a little brownie-obsessed here at TipHero? We’ve posted recipes for Nutella brownies, s’mores brownies, and even apple brownies. Brownies are so beloved it might seem like yet another brownie recipe is just reinventing the wheel. Nope–these poke turtle brownies are transcendent.

We discovered poke brownies when we were poking around for a brownie recipe that had a little something different. (See what we did there?) If you’ve never heard of poke cake, it’s just what the name sounds like: a cake that you poke holes into. Why? For the satisfaction of harmless destruction of course! No really, though, it’s so that when you pour a delicious liquid all over the cake–like sweetened condensed milk, fruit compote, or chocolate sauce–those little pockets soak it right up. Just like when you bite into a filled cupcake, you get a burst of moist flavor.

If you can poke a cake, you can certainly poke brownies. These are inspired by chocolate turtles, the classic candy made with caramel, pecans, and a chocolate shell. No judgement if you’re still using boxed brownie mix, but this recipe just might convince you to start making brownies from scratch. And while you might not usually use a pinch of cinnamon in brownie batter, this unexpected (and totally optional if you’re not a fan of mixing chocolate and spice) twist adds a hint of warmth that plays well with the crunchy pecan topping. Don’t marvel at your pan of perfect brownies too long though because the next step is to poke holes all over with the back of a spoon, the fat end of a chopstick, or hey, even your finger. 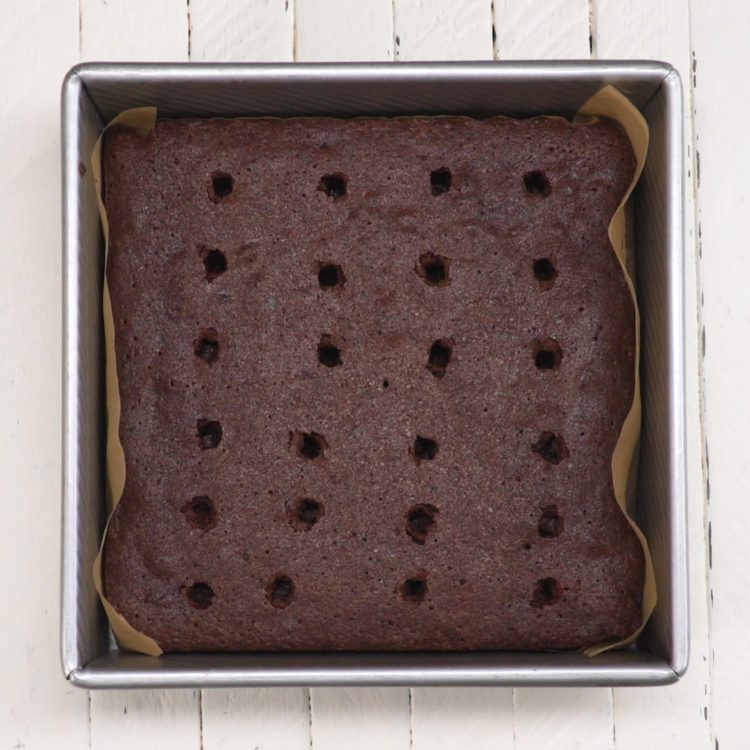 The whole pan gets drenched with a homemade lightly salted caramel sauce that really infuses each bite of brownie with luscious caramel–which is why this technique is so much more enticing than frosting, which just sits on top. (Actually, this just might be the only recipe that manages to make regular frosted brownies seem unexciting–and this is coming from someone who would gladly lick the frosting off a piece of cake and then put it back.) Feel free to use a store-bought caramel sauce, but we’ll show you how to make your own. Hint: the caramel sauce will bubble a lot, so use a pot that’s bigger than you think you’ll need and stir it with a long-handled spoon to avoid splashes. If you have any sauce leftover, you can pour it on top of ice cream–but honestly, you’ll probably just want to eat the rest with a spoon.

Plentiful drizzles of chocolate ganache, even more caramel, toasted pecans, and mini chocolate chips complete these poke turtle brownies. We can pretty much guarantee that no one will be able walk past a plate of these sitting on the counter. 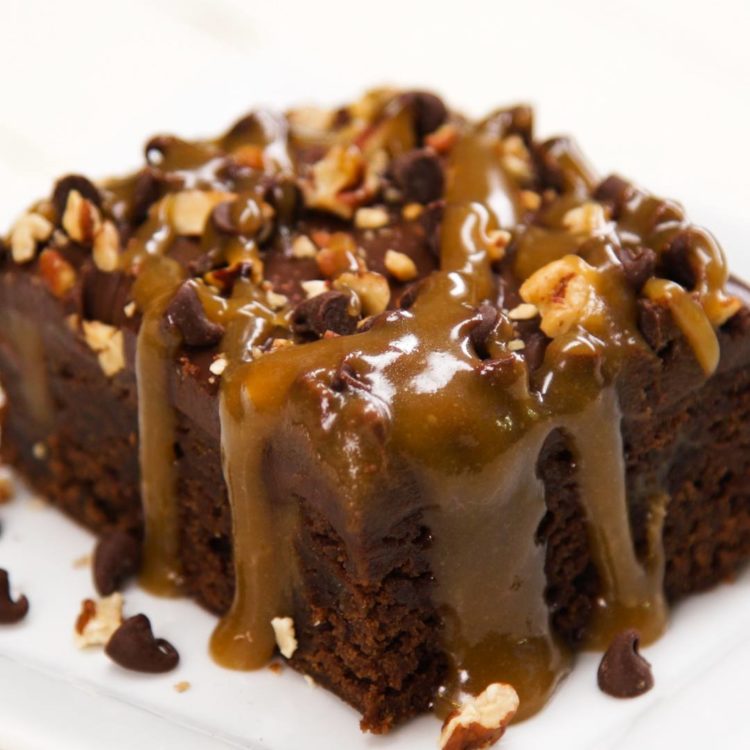 If this is your first time making a poke cake or poke brownies, let us know what you think. Pretty fun, right? While you’re at it, weigh in on the box-mix-brownies versus brownies-from-scratch debate.