A 1987 hit The New Adventures of Pippi Longstocking, then this news is going to hit you in all the feels. Guess whose home is for sale? That’s right, Pippi’s!

The home, which is 131 years old, is located in Old Town Fernandina Beach, Florida, and it’s pretty stunning. But before we get to its aesthetics, let’s talk about its pretty interesting history.

Besides being home to our favorite fictional freckled-face girl (try saying that three times fast), the home was originally built in the 1870s for a harbor pilot Captain Bell. What’s more is that the second owner of the home was also a river captain, who purchased the home in 1901.

The home is located at 212 Estrada Street and set on a high bluff, overlooking the former Spanish fort San Carlos. It also contains some gorgeous views of the Amelia River on the northwest side of Amelia Island. 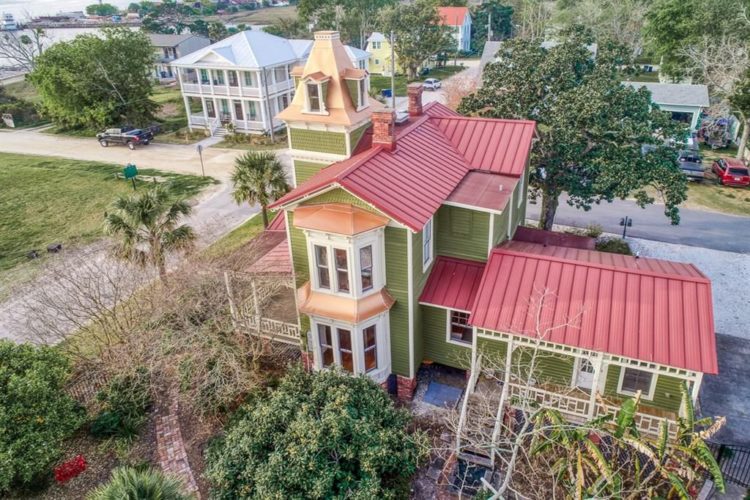 Over the years, the home has undergone several remodels and transformations. While it hasn’t been updated in a while, its original details are what make the home so unique. The outside can attract anyone with its distinctive architecture and bright green and red colors. On the inside, the roomy 2,220-square-foot home contains beautiful stained glass windows and details around every corner.

Today, the home is a private residence and is not open for tours. But it’s still known as one of the most photographed homes in the world. Besides it being a heck of a stunner, the home’s location makes it easy to photograph due to its large open area in front of the house. That’s probably important for the future homebuyer to know!

The home, which has four bedrooms and three bathrooms, is a steal. It’s currently on the market for just $750,000. You can view the listing and all the pretty pictures inside and outside here. 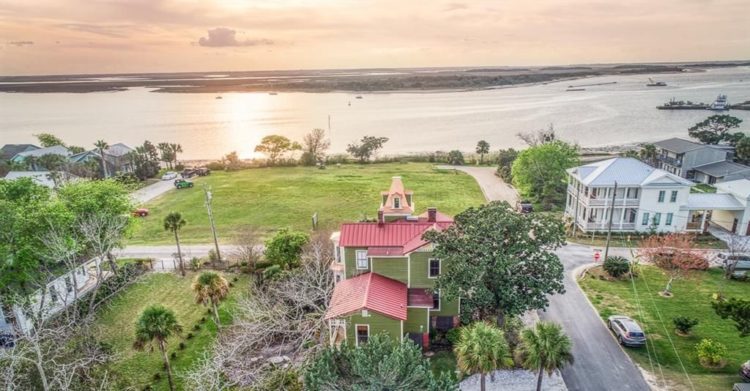 If you’ve never seen the movie, know that Pippi Longstocking was created from a series of books written by Swedish author Astrid Lindgren. In the books, she lived in the home–referred to as Villa Villekulla—in a small Swedish village with her pets: a monkey and a horse. Next door lives Tommy and Annika Settergren, who she befriends and goes off to have many adventures with.

This isn’t the only time we’ve been smitten with a fictional home. We were just as excited when Warner Brothers opened Gilmore Girls’ Lorelai’s home up to visitors one winter. You could literaly step into the mother and daughter’s cozy kitchen and explore the rest of house—including Rory’s teenage bedroom and Lorelai’s newlywed nest!

Or how about Elvis Presley’s home? One of the most visited houses in America, Graceland gets more than 600,000 visitors wanting to tour where Elvis once lived. The home is located in Memphis, but you can also take a virtual tour of the home. It’s pretty cool!

Anyway, wouldn’t it be awesome to live in Pippi Longstocking’s fictional house? Were you a fan of the books or movie? Would you ever consider purchasing this home?