Exercise comes differently to different people. Not everyone enjoys getting up at the crack of dawn to run a few sprints and lift some weights before the sun is up. That said, not everyone enjoys low-impact exercise either. It’s really about you as a person and what your goals are.

For those who need to lose 100 pounds or more, figuring out a fitness plan can feel daunting. It might feel like nothing you do is going to help you shed all that weight, and it can feel discouraging. But the next time you feel that way, think of Michael Watson.

As a teenager, Michael weighed 335 pounds. One time a student told him he had something on his chin, and when he put his hand to his chin, the boy told him “‘No, third one down,'” Michael recalled. “That really hurt.”

He already didn’t feel good about himself, so the constant bullying only made it worse. “My self-confidence was zero,” he said. He knew he had to make some changes, but he felt overwhelmed.

So he decided to use all his down moments as fuel to get started with a real life change—but he wanted to start small. And he finally figured out just what he should do. 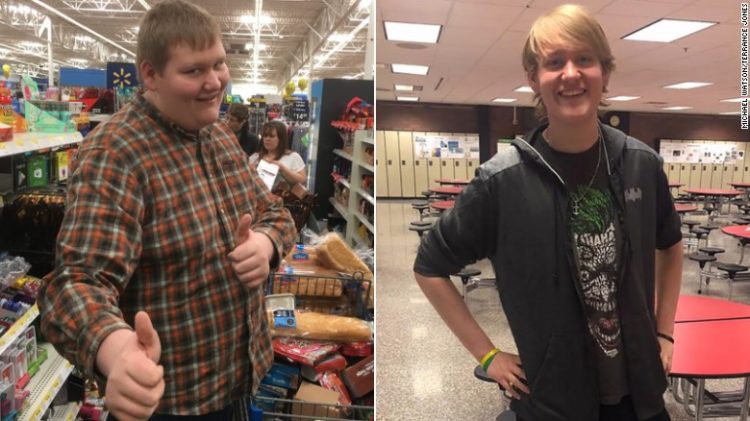 Michael made it a goal to simply walk to school, and then home from school, every single day. His school is about 20 minutes each day, so that forced him to complete at least 40 minutes of walking a day.

He started walking when he was a junior, and today, as a senior, he has lost a grand total of 115 pounds!

He did make some diet changes as well, but the majority of the weight loss came from his persistent walking. He really committed to his goal. “I didn’t even know when the bus came,” he said. Additionally, on rainy days, people would ask him if he wanted a ride, but he always declined. Umbrella in hand, he trekked the 20 minutes to school on foot, no matter what.

For someone who had a confidence of “zero” just a year prior now feels amazing, and even feels confident enough to ask girls out on dates!

The school, McKinley High in Ohio, wants to use Michael’s determination as inspiration for other students who may be struggling with the same thing.

“It’s an example of courageous personal development that’s rare for a high school student,” said Terrance Jones, who works as a family specialist and graduation coach at McKinley High. “Mike’s decision to the initiative to live a healthier lifestyle and to stay consistent with it will always stay with me.”

So what advice does he have for others who aren’t feeling as motivated? “Every day is a new day,” he said. “Anybody can do it if they put their mind to it.”

We think Michael is so brave and inspiring, and is totally motivating us to add more walking into our day. We can’t believe something so simple garnered such huge results.

Do you walk every day? What do you think of this boy’s determination and results?