Remember when tattoos used to be—dare I say—taboo? It’s almost easy to forget that up until about 20 or so years ago, sporting ink conjured up images of mobsters, drunken sailors, or the ultra-alternative, but nowadays it’s hard to find a person who doesn’t have as much as a little one poking out from under their sleeve.

And though the decision behind getting a tattoo in the first place certainly varies from person to person, it’s hard to deny that, just as trends in clothing change, so do those of body ink. In fact, a tat can look just as dated as a pair of dolphin shorts or a spiral perm!

Don’t believe us? Well, what era does this particular beauty make you think of? 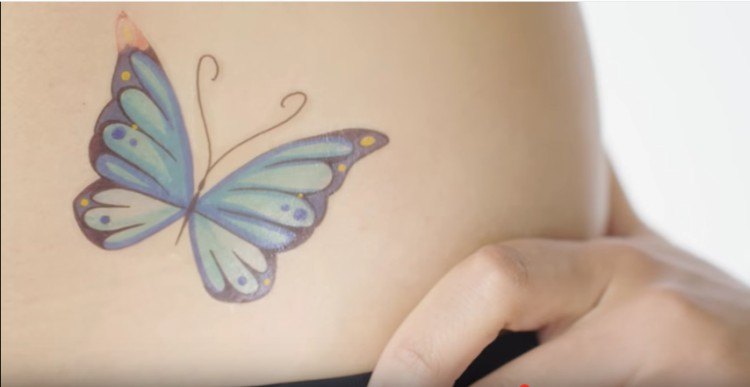 Allure
I don’t know about you, but when I look at this colorful butterfly, “Baby One More Time” immediately starts playing in my head. And the funny thing is, I don’t even think Britney Spears has a butterfly tattoo in the first place, but the symbol is so reminiscent of the late 1990s that it practically feels that she was endorsing them on TV!

Speaking of the 1990s, how about the photo of the lower back tat featured at the top of the article? These regrettable designs were really popular at one point in time, until, one day, they just weren’t. In fact, they were even given a pretty embarrassing nickname: “The Tramp Stamp.” Ugh, no wonder so many, including some famous celebs, are quietly getting them removed.

So, we’ve talked about two tattoos that are very indicative of a specific decade, but now we’re going to discuss a couple that have more curious origins. 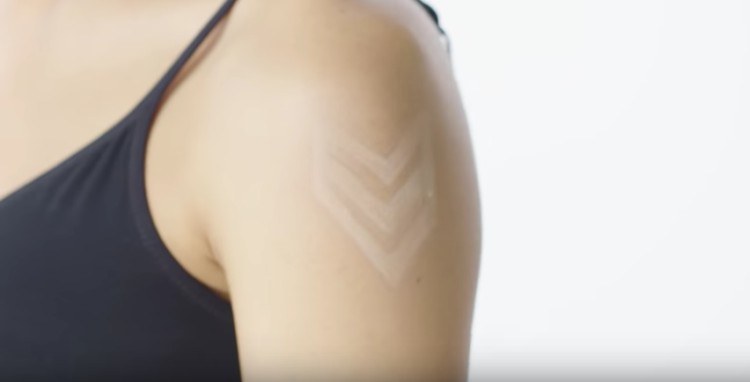 Allure
Take this World War II era tat that some gals were seen sporting back in the 1940s. Now, let’s be clear, this one is only semi-permanent, but it was a revolutionary idea all the same. Basically, sun bathing beauties would attach a military-themed sticker before taking in their UV rays, and then would peel them off when finished. What a cool concept!

An honorable mention for “most unexpected” from the list is the permanent makeup example from the 1930s. It’s easy to assume that women weren’t getting facial tattoos during the Great Depression, but it seems that some beauty salon customers were actually walking out with tattooed brows! How strange is that?!

Now, these are just a few of the more obvious examples of how ink has changed with the trends over the years, but there is certainly a fascinating few mentioned in the video below that were completely new to me! To see the most popular tattoo designs which have spanned the past century, be sure to click on Allure’s video below.

Some of these older deigns seem so chic! This certainly made me want to get some “throwback ink” of my own!

What do you think of the tattoo designs featured? Which era is your favorite? Do you already have one of these tats? Tell us all about your thoughts and experiences in the comments section below!