We’ve seen a lot of weird beauty trends over the years. (Who remembers “teeth nails”? We’re still recovering from that one). And now we’ve got one more for you to either roll your eyes at…or schedule your appointment to get, if you’re into this kind of thing.

Are you ready for this one? Drumroll please…the newest trend in beauty is nipple injections! Yes, you heard that correctly. Nope, not breast implants—people apparently aren’t into making their breasts larger anymore, just their nipples.

The procedure, also deemed “designer nipples,” as some plastic surgeons are calling them, went viral after celebrities like Kendall Jenner began to receive them. In fact, one woman was so enthralled with Jenner’s nipples that she chronicled her experience getting her own injections.

The anonymous 28-year-old woman created a video, posted to New York Post, which takes place at the office of New York City plastic surgeon Dr. Norman Rowe. The woman talks about why she wants nipple injections so badly and how they would make her feel more confident.

“I love Kendall Jenner, and I love that she just doesn’t wear a bra. You can’t see her nipples, but you can see the pointiness. I think there’s something really sexy and feminine about it,” the woman says in the video. “I think it would be really cool to just have protruding nipples all the time.” 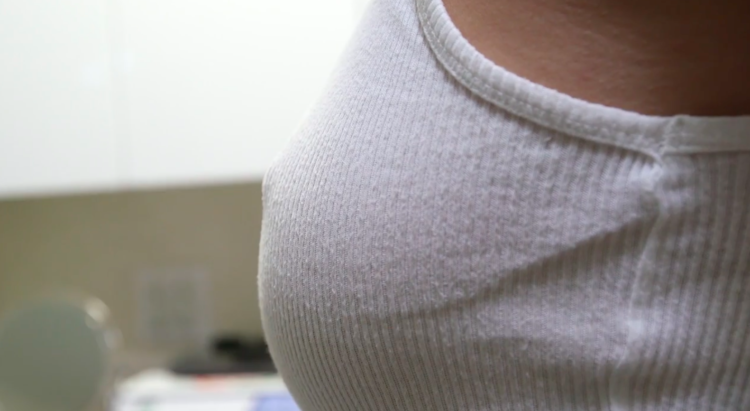 To perform nipple injections, Rowe uses a hyaluronic acid-based filler, which adds depth and volume to the nipples. For someone like the anonymous woman, who says her nipples rarely stick out even when she’s cold, it basically guarantees that they can be seen through sheer clothing.

That’s not to say he recommends this kind of surgery to anyone and everyone. Like most major cosmetic changes, the surgery comes with a few risks.

“The nipple is a very sensitive structure that is packed with nerve endings for sensation and milk ducts for breastfeeding,” Dr. Rowe says. “I would exercise great caution before injecting fillers into the nipple as the risk of damaging these structures is real. Filler could clog milk ducts or inhibit blood supply to the nipple which could interfere with breastfeeding, sensation, or even damage the nipple itself.”

Have questions? We sure do. To learn more about the procedure, including what the procedure costs and how long it lasts, check out the video below.

What do you think of the new Hollywood trend of getting nipple injections? Would you ever go through with getting a procedure like this? Are you a fan of how Kendall Jenner looks with these kind of injections? We’d love to hear your opinion on this!