It’s no shock that maternity leave in America is kind of underwhelming. The United States is the only country that doesn’t guarantee a paycheck when you’re out caring for your newborn.

You’re expected to be back to the office full swing only a few short weeks after birth. Never mind that you’re still trying to get used to being a parent!

New parents who struggle with leaving their little one behind to go to work so soon after giving birth is pretty common. That’s why one nonprofit organization called Girl Scouts of Greater Iowa has an awesome policy that allows new parents to bring their babies to work with them.

The policy qualifies new moms, dads, or any legal guardian to bring their newborns to work the entire day until they’re six months old or they start crawling (whichever comes first).

The creator of the idea is the CEO of the company, Beth Shelton, who got the idea from an expecting mom she used to work with.

At first, she wasn’t too sure of the idea. Wouldn’t there be distractions? How would the office handle the crying? But as she thought about it, she figured, you know what, why not? 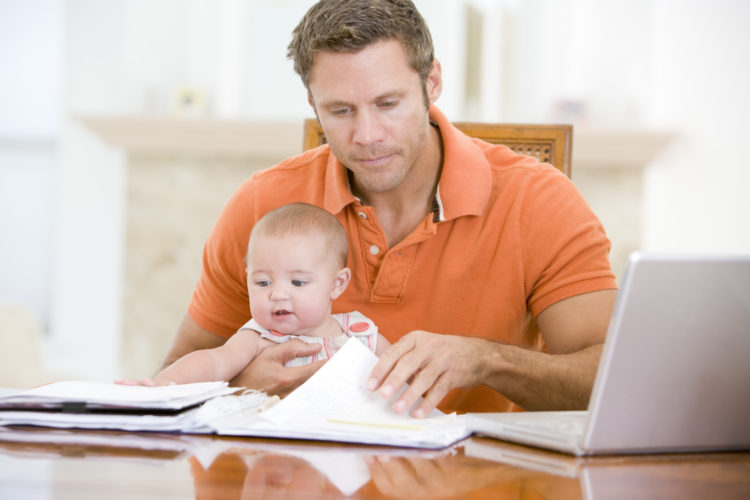 “Really at the heart of it, we decided our decisions have to be made to support the mission of our organization, which is to empower girls and women and make the world a better place, make tomorrow better,” she said.

“We as a society can get so behind having a dog in a workplace and yet we balk at the idea of having a child, when in fact they bring many of the same elements to the workplace,” Shelton said. “So to me it was a really stark way of saying if we can support a dog in the workplace, come on, we can support human children.”

The policy also lists that other employees who are willing should help out the new parents where needed, whether it’s when Mom has to go to the bathroom or has an important meeting they can’t bring a fussy baby to.

The policy has been implemented when seven employees are expecting or just gave birth to babies. What lucky mamas these are!

One new mom named Chelsey DeRuyter, who takes full advantage of this policy, says she not only feels blessed to have the opportunity to bring her newborn to work every day, but it even makes her day better.

“It makes me that much more dedicated and motivated to be productive in my role. I really want to show that moms can make this work,” she said. “So, I come in every day with a positive attitude and we have days that are easier than others but at the end of the day I still have been a lot more productive than I ever thought I could be.”

What do you think of the bring-your-baby-to-work policy this company has implemented? Would you have liked to do this when you had a baby?