‘80s and ‘90s ladies, rejoice! Our favorite page-turner series from the decades we grew up in is coming to modern-day Netflix as a 10-episode, live action series. That’s right, The Baby-Sitters Club is officially back, and we are totally fan-girling. Hard.

We get to say hello once again to our child-watching friends: Kristy Thomas, Stacey McGill, Claudia Kishi, Mary Anne Spier, Dawn Schafer, Mallory Pike, and Jessi Ramsey. If you ever opened a Baby-Sitters Club book back in the day, you’re going to be familiar with this clan.

The series featured these seven 13-year-old babysitter best friends who started their very own Baby-Sitters Club in a bedroom. They were always finding themselves in all sorts of babysitting-related (and just life-related) adventures.

We know what you’re thinking—in terms of this new Netflix series, will the babysitters be stuck in the old decades with their landline phone and awesome side ponytails? This is probably the only unfortunate news about the new show, because the answer is no.

The new Baby-Sitters Club Netflix series will be a modern take on the original book series. While we’re a little sad about that, we do think this new, up-to-date version will be just as good as the books we grew up loving, if not better.

One reason we know that for sure is because the original author of the books—Ann M. Martin—will be producing the show! Is that amazing or what? 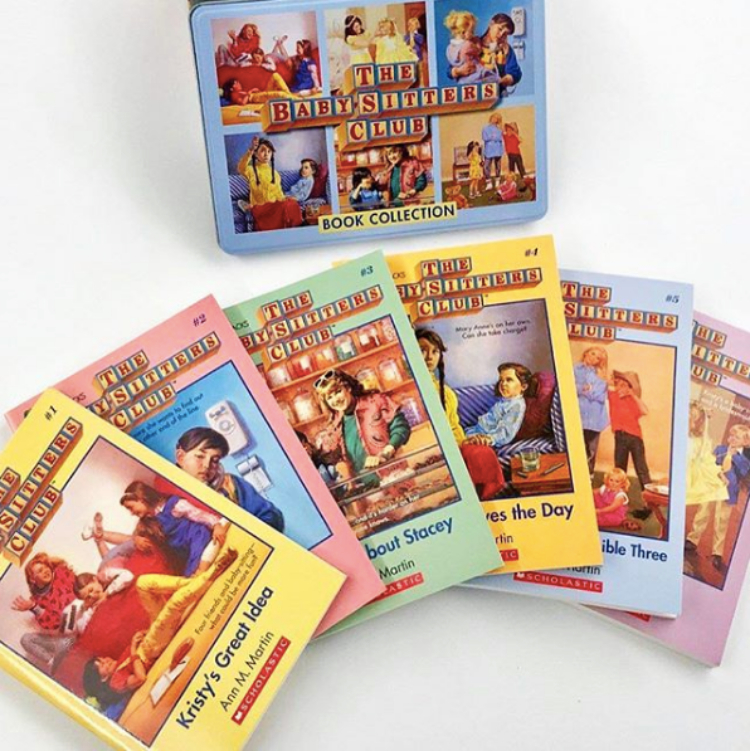 “I’m amazed that there are so many passionate fans of ‘The Baby-Sitters Club’ after all these years, and I’m honored to continue to hear from readers – now grown, who have become writers, editors, teachers, librarians, filmmakers – who say that they see a reflection of themselves in the characters of Kristy and her friends,” Martin said. “So I’m very excited about the forthcoming series on Netflix, which I hope will inspire a new generation of readers and leaders everywhere.”

Whoever was obsessed with the books when they were younger will likely still resonate with the gang, even in the modern day and age. It’ll still be our same favorite gals, but just set in the present world.

“The themes of The Baby-Sitters Club still resonate 30 years after the original book series was released and there has never been a more opportune time to tell an aspirational story about empowering young female entrepreneurs,” says Melissa Cobb, VP of Kids & Family at Netflix. “Together with Ann M. Martin and the team at Walden Media, our ambition is to contemporize the storylines and adventures of this iconic group of girlfriends to reflect modern-day issues.”

There’s no release date set yet, but we’re crossing our fingers it’s ASAP. We can’t wait to binge-watch all 10 episodes in one day. (But you didn’t hear that from us!)

Were you a big Baby-Sitters Club fan when you were younger? Do you think you’ll watch this new series on Netflix when it comes out?